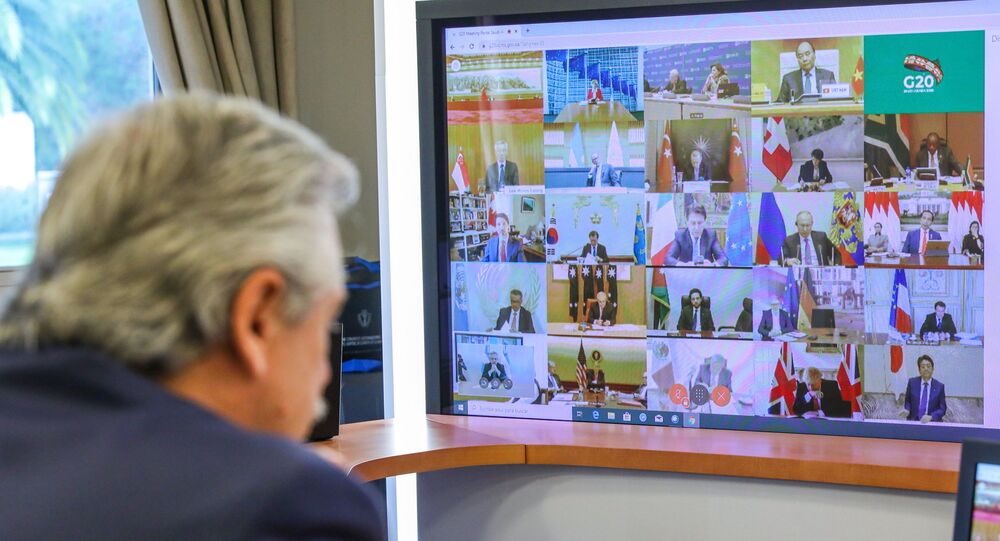 The finance ministers of the G20 member states have already frozen debt payments for numerous countries that are suffering from the economic consequences of the coronavirus pandemic, but British religious leaders believe that it’s not enough.

Over 70 British religious leaders representing most of the faiths in the country have drafted a letter to UK Chancellor of the Exchequer Rishi Sunak, asking him to convince his fellow ministers at the G20 to halt requests for debt payments from the "world’s poorest countries", The Guardian reports.

According to the newspaper, the signatories to the letter believe the chancellor should show "ambition and leadership" and explain the dire position that the COVID-19 pandemic has left some of the indebted countries in.

"These are not normal times and we must respond accordingly", the faith leaders' message said.

The religious leaders argued that it would be improper to try to collect the debts in times like these from countries that are struggling to pay their bills, suggesting freezing those payments during 2020 and 2021. They added that doing otherwise could threaten and hurt global efforts at fighting poverty.

"The immediate risks the coronavirus poses to poverty reduction efforts are both clear and shocking. In total, the World Bank estimates that between 71-100 million people risk falling into extreme poverty as a result of the pandemic", the letter reads.

The G20 countries are set to meet in the upcoming week, although it's unclear whether or not debts and their impact on economically struggling countries are on the agenda. Back in April, members of the G20 club took measures to halt the debt payments for 77 countries affected by the pandemic for the rest of 2020. The move, dubbed "Debt Service Suspension Initiative", was later joined by the Paris Club major creditors' group and the Institute of International Finance, which represent some 450 financial institutions in total.

The International Monetary Fund, in turn, announced that it may need to consider "exceptional measures" in order to help countries that have suffered due to the coronavirus pandemic and its economic fallout. The United Nations also supported the idea of addressing the economic issues of developing countries affected by COVID-19, urging creditors to write off as much as $1 trillion in debt.

The Debt Solution for #CoronaVirus

IMF Debt Traps in the Age of Coronavirus