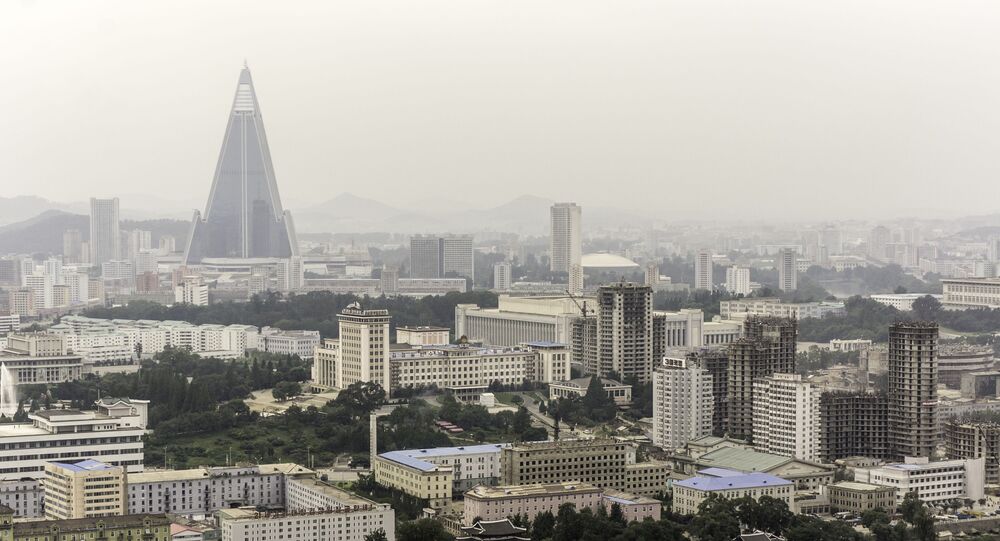 On Monday, the British government imposed sanctions against two North Korean ministries that London suspects of being involved in forced labour, torture, and murder in the DPRK’s prison camps.

Pyongyang has slammed the UK for slapping sanctions against North Korea, accusing Britain of meddling in the Communist nation’s domestic affairs.

"This act of the UK is a despicable political scheme which follows in the footsteps of the hostile US policy towards the DPRK. The UK will be definitely made to pay the price", a North Korean Foreign Ministry spokesperson said in a statement on Saturday, dubbing London Washington’s "puppet".

The spokesperson described the UK's move as "a flagrant political plot to jump on the bandwagon of the United States’ inimical policy", claiming that the pretext for the sanctions was "based on fabrications provided by the ‘defector’ scum".

"We strongly condemn and reject the UK’s daring to impose sanctions on the institutions responsible for our country’s security as violent interference in domestic affairs", the statement underscored.

The remarks followed the UK government’s announcement on Monday about sanctions against the Ministry of State Security Bureau 7 and the Ministry of People’s Security Correctional Bureau of North Korea tasked with running the country’s detention facilities.

The sanctions, which will reportedly take the form of asset freezing, were imposed amid Britain’s suspicions that both ministries are involved in forced labour, torture, and murder in North Korea’s prison camps.

The measures come amid current tensions between Pyongyang and Washington which took a turn for the worse after a bilateral summit in Hanoi, Vietnam in February 2019.

© AP Photo / Vincent Yu
North Korea Ceases Working-Level Nuclear Talks With US - Reports
Although there were high hopes for the high-level talks on denuclearisation of the Korean Peninsula, the summit ended without a deal due to disagreements regarding the timing of anti-North Korean sanctions relief.

Negotiations have been stalled since then, with North Korea insisting that the US has failed to propose a realistic path to denuclearisation.

In late 2019, Pyongyang announced that it planned to resume its nuclear arms programme and tried to put more pressure on Washington, in what was followed by President Trump extending current US sanctions on North Korea for another year, citing the continued "unusual and extraordinary" threat posed by the DPRK.