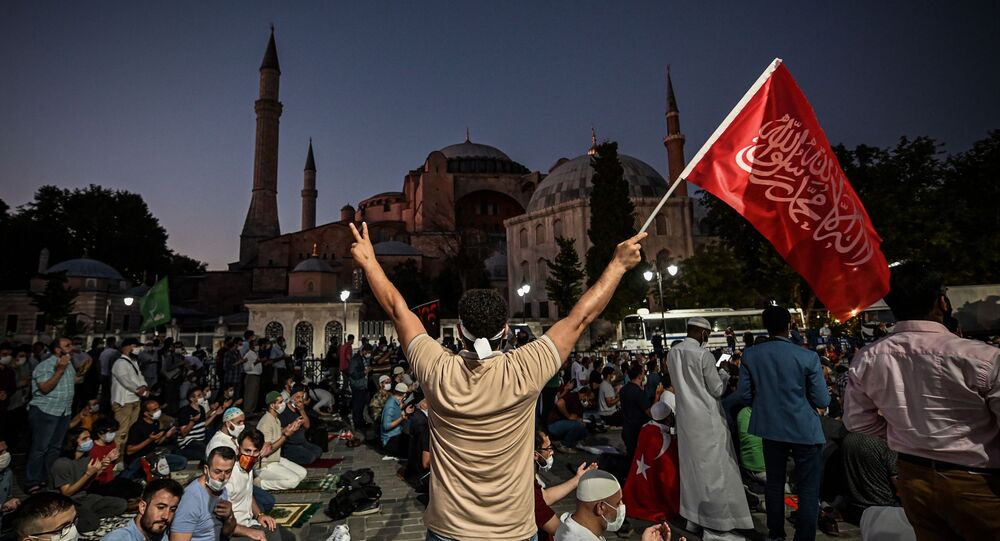 ATHENS (Sputnik) - Greek Prime Minister Kyriakos Mitsotakis condemned on Friday the Turkish government's decision to convert Hagia Sophia cathedral into a mosque, noting that this will affect Turkey's relations with Greece and the global community in general.

"Greece categorically condemns Turkey's decision to convert Hagia Sophia to a mosque. This decision, taken 85 years after Hagia Sophia was declared a museum, is an affront to its ecumenical character", Mitsotakis said in a statement.

Ankara's move offends everyone who recognizes Hagia Sophia as a world heritage site, the prime minister went on to say.

"This decision clearly affects not only Turkey's relations with Greece but also its relations with the European Union, UNESCO, and the world community as a whole. It is a truly regretful development that the Turkish leadership, after working for the Alliance of Civilizations in 2005, has now taken the decision to reverse course", Mitsotakis concluded.

On 10 July, Turkey's highest administrative court annulled the 1934 decree converting Hagia Sophia into a museum, meaning it can now be used as a mosque. Turkish President Recep Tayyip Erdogan has already signed the necessary decree.

Hagia Sophia was built as an Orthodox Christian cathedral by Byzantine emperor Justinian and opened its doors to believers in 537, remaining the world's largest Christian church for over a thousand years until Constantinople was captured by the Ottoman Empire and renamed Istanbul in the 15th century. Hagia Sophia was converted into a mosque in 1453, in 1934 it became a museum under a Turkish cabinet decree, and in 1985 UNESCO added the building into its list of World Heritage Sites.