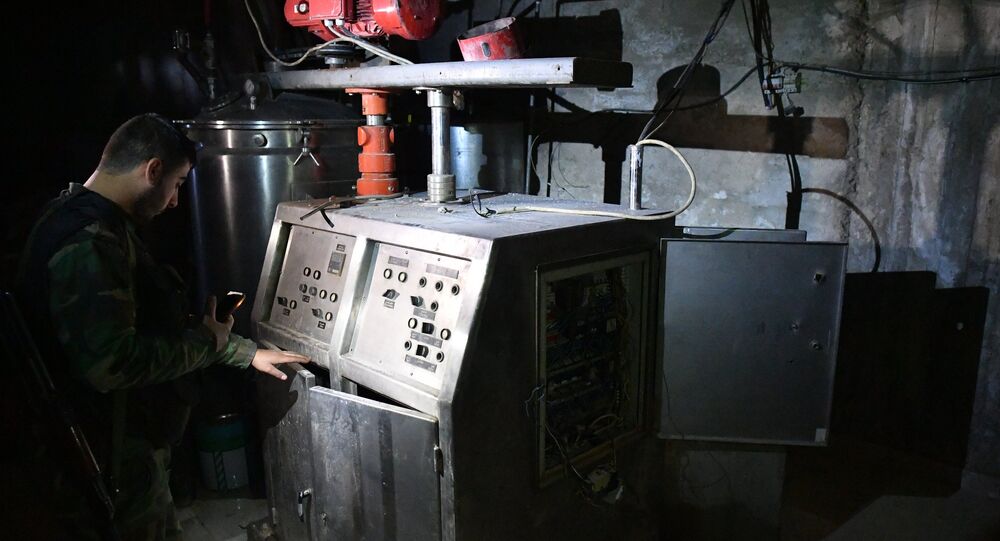 MOSCOW (Sputnik) - Russia and some members of the Organisation for the Prohibition of Chemical Weapons (OPCW) believe that the conclusions made by an OPCW investigative team regarding chemical attacks in Syria could result in a further split of the international organisation.

"The investigative team's conclusions are doubtful, as the Technical Secretariat has, unfortunately, previously ignored demands by a whole range of countries to puzzle out the high-profile case related to supposed manipulations with the Fact-Finding Mission in Syria's report on the chemical incident in Douma in April 2018, which other countries used for unprovoked aggression against the sovereign Syrian Arab Republic. We believe this poses a threat of a further split in the OPCW and trigger unnecessary politicization," the joint statement, published on the Russian Foreign Ministry's website, read.

© AP Photo / Hassan Ammar
OPCW Chief Minimised Douma Whistleblower's Role in Probing Alleged Chemical Attack, New Docs Show
On April 8, the investigative team concluded that the Syrian government used sarin and chlorine in aerial attacks on the town of Ltamenah in Hama province in March 2017, in which dozens of people were killed.

Damascus has accused the OPCW of twisting facts in order to groundlessly accuse the Syrian government. On Thursday, the OPCW executive council ruled that Syria should declare to the watchdog its illegal toxins until October.