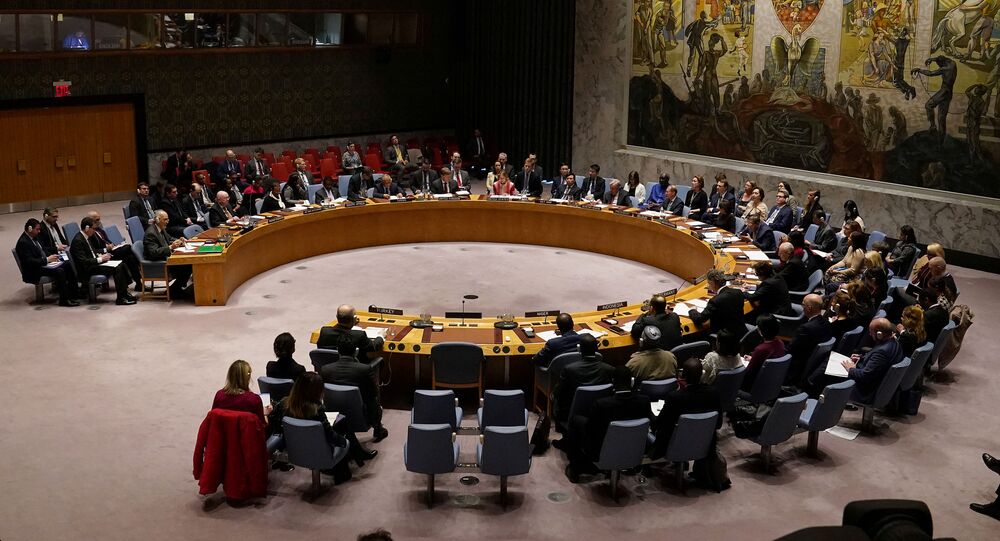 UNITED NATIONS (Sputnik) - Russia has introduced another UN Security Council draft resolution that seeks to authorise the cross-border humanitarian aid delivery mechanism in northwestern Syria from Turkey through one crossing for a year, Russian Deputy Permanent Representative to the United Nations Dmitry Polyanskiy said in a statement.

The current mandate of the cross-border mechanism expires Friday.

"This border-crossing accounts for more than 85 percent of total volume of operations", Polyanskiy said via Twitter on Thursday.

2/7 The rest can be readjusted through this border point and through the crossline taking into account in particular, the changes on the ground, where we face the decrease of the de-escalation zone by 30% lately.

The previous draft resolution submitted by Russia was blocked in the UNSC. The United States, UK, Germany, France, Estonia, Belgium, and the Dominican Republican voted against the measure. According to the text of the Russian draft, obtained by Sputnik, the cross-border mechanism would have been sustained "until 10 January 2021, excluding the border crossing of Al-Ramtha, Al Yarubiyah and Bab Al-Salam".

The Russian Mission to the United Nations said the existing delivery mechanism that was established by the Security Council in 2014 as a temporary measure does not reflect the reality on the ground anymore.