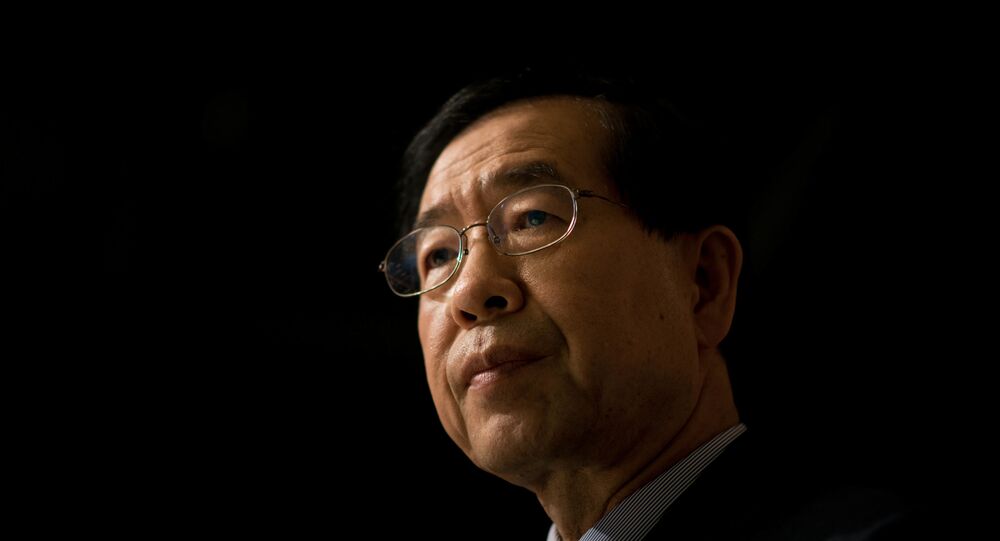 Park Won-soon went missing earlier on Thursday. He did not show up for work and his daughter said that his phone was switched off.

The agency quoted Park's daughter who told police that her father's phone was switched off after he had left home. She also said that he had left a message that sounded like a will.

Police found the official's body near Sukjeongmun historic gates after a long search, Yonhap reported. The agency provided no further details, including the cause of the mayor's death.

The Korea Herald outlet suggested that the official might have committed suicide.

Park went missing earlier on Thursday. His daughter contacted police to say that her father was unaccounted for. The mayor did not show up for work and cancelled all his scheduled meeting, according to an official from Seoul's Metropolitan Government.

South Korea's SBS TV channel said that a woman, who worked as his secretary, had filed a sexual harassment claim against Park the day before he went missing.

Police have confirmed that a criminal complaint had been made against Park.