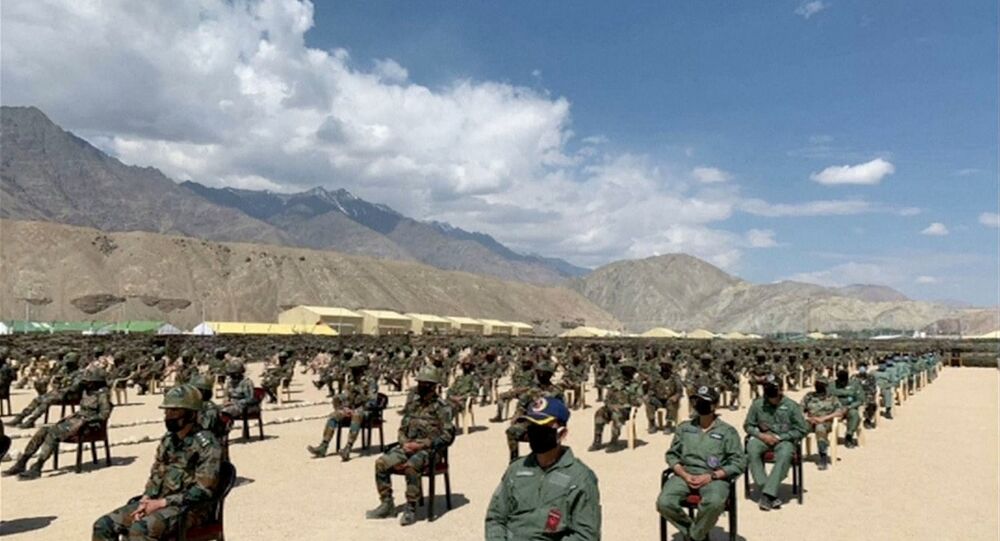 New Delhi (Sputnik): India has been tightening its noose on foreign mobile apps, citing a threat to national security. There have been incidents where soldiers have been honey trapped by foreign intelligence agencies and coaxed into divulging information. The country recently banned 59 Chinese apps following the border standoff in Ladakh.

The Indian army's 1.3 million troops have been asked to distance themselves from social media platforms to avoid being honey-trapped or accidentally leaking strategically crucial data.

These army personal have to delete at least 89 applications identified by the Indian defence ministry from their smartphones within the next five days, Indian Army sources say. These mobile applications include not only those of Chinese origin, as was the case of last week’s retaliatory ban on 59 mobile applications—but also American platforms like Facebook and Instagram.

The one-page list of the application includes Snapchat, a number of dating apps like Tinder, Bumble, Cupid, Truly Madly, and several others like Zoom, Wechat, and True caller.

Indian Army has asked its personnel to delete 89 apps from their smartphones including #Facebook, TikTok, Truecaller and Instagram to plug leakage of information: #IndianArmy Sources pic.twitter.com/KmBXpIj01G

“The directive has been issued because there has been an exponential increase in the number of military personnel being targeted online by the intelligence agencies of Pakistan and China,” said Army sources, who warned that stern action would be taken against the violators.

The decision to ban the use of listed applications in the army, taken to safeguard privacy and classified information, comes after the Indian Navy banned the use of Facebook by personnel and prohibited the carrying of mobile phones in dockyard as well as naval ships.

In March this year, India's Junior Minister for Defence Shripad Naik revealed that adversaries are using agents, posing as women, to virtually honey-trap officials of the Indian Armed Forces.

“Service personnel in the Indian Armed Forces are regularly being educated on the modus-operandi of foreign intelligence operatives. Reported cases are investigated and dealt with in accordance with existing instructions/policy,” Naik stated on 11 March in the lower house of parliament while admitting that several personnel had been honey-trapped  over the last few years.

In 2019, dozens of army and air force personnel were arrested after military intelligence caught them sharing confidential information with Pakistani handlers. Amid the exponential rise in spy cases against armed forces, the government set up a Cyber Monitoring Cell in the army to monitor the use of social media by its personnel, especially on non-encrypted sites. Sources in the Army, with knowledge of the decision, told Sputnik that the Army keeps tabs on its personnel's mobile numbers without infringing on their privacy.