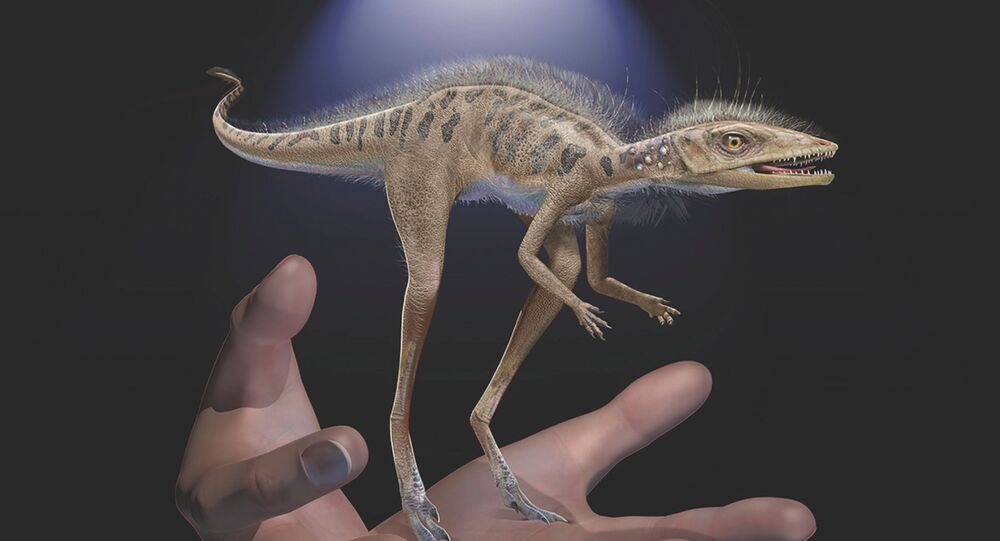 A tiny, ancient ancestor of the dinosaur has been discovered in Madagascar, providing a stark contrast to the iconic, behemoth size for which many dinosaurs are known.

The unearthing of the pint-sized predator Kongonaphon kely, which lived roughly 237 million years ago, may provide scientists with information about the ancestors of dinosaurs, as well as the flying reptiles known as pterosaurs, according to a study published on Monday, reported USA Today.

Known for their remarkable size, dinosaurs “include the largest known land animals, and their relatives, the pterosaurs, include the largest creatures to ever fly,” the researchers wrote. However, the animals’ origins are somewhat mysterious.

The new study, published in the Proceedings of the National Academy of Sciences, includes an analysis of ancestral body size which “indicates that there was a pronounced miniaturization event near the common ancestor of dinosaurs and pterosaurs.”

The newly discovered Kongonaphon kely may be one of the last ancestors of both dinosaurs and pterosaurs, before their evolutionary lines diverged. This means the 4-inch tall predator could provide information about the physical traits of both animal groups.

Kongonaphon kely’s name means "tiny bug slayer," and its small stature may give scientists huge insights about our prehistoric predecessors.

In their study, Christian F. Kammerer, Sterling J. Nesbitt, John J. Flynn, Lovasoa Ranivoharimanana and André R. Wyss wrote that the Kongonaphon kely is a species from the “mid-to-upper Triassic of Madagascar that represents one of the smallest nonavian ornithodirans.”

The scientists discovered some unique characteristics of the Kongonaphon kely from the fossil, including “wear on the teeth that suggests it ate insects and fuzzy skin that retained heat,” which may have helped it survive in a unique ecological niche, noted USA Today.