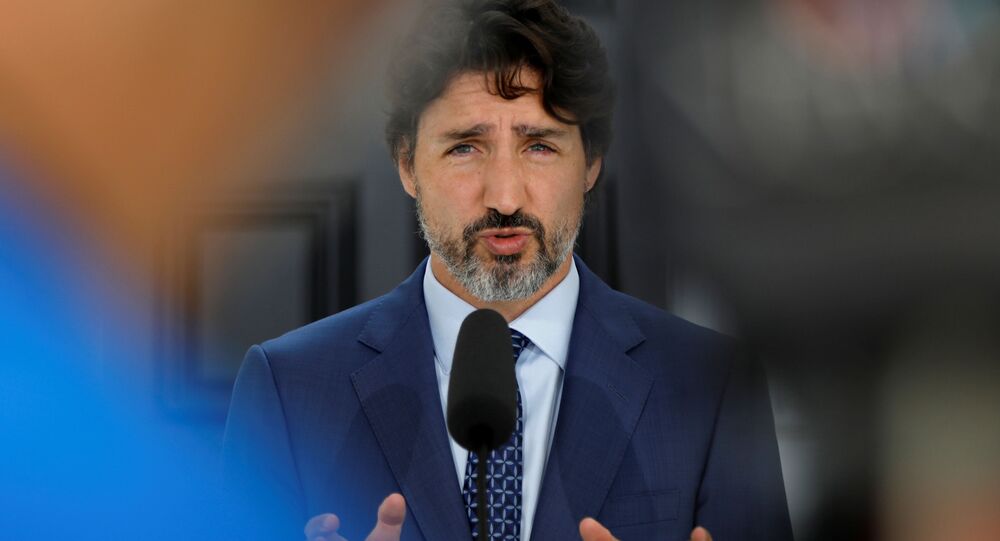 Trudeau Warns US Against Imposing Unjustified Tariffs on Canadian Metals

The Trump administration has been preparing to slap new duties on Canadian aluminium imports which the US trade office claims have been flooding American markets.

“We are concerned about the threat of extra tariffs on aluminium, and possibly steel,” Trudeau told reporters. "What tariffs would do would be to raise prices for manufacturers in the United States and put extra stress on them at a time when stresses abound, which is why we are continuing to push very hard on encouraging the US to not move forward on tariffs that we don't think have any justification and will have negative impacts."

The prime minister added that he fails to understand the logic behind the proposed duties given that, in his words, the US economy does not output enough supply of aluminium to satisfy domestic demand.

While Trudeau has previously voiced his displeasure with the Trump administration’s proposed tariffs on aluminium, the possibility of an additional levy on Canadian steel comes as news.

Trudeau’s comments follow a decision to skip a summit in Washington, DC with US President Donald Trump and Mexican President Andres Manuel Lopez Obrador to mark the entry of the US-Mexico-Canada Agreement (USMCA) into force, reportedly, because of the threats of re-imposed tariffs.

In May of 2019, the Trump administration lifted the 25 percent tariff on Canadian aluminium after reaching an agreement as part of the updated North American Free Trade Agreement – the USMCA - negotiations.