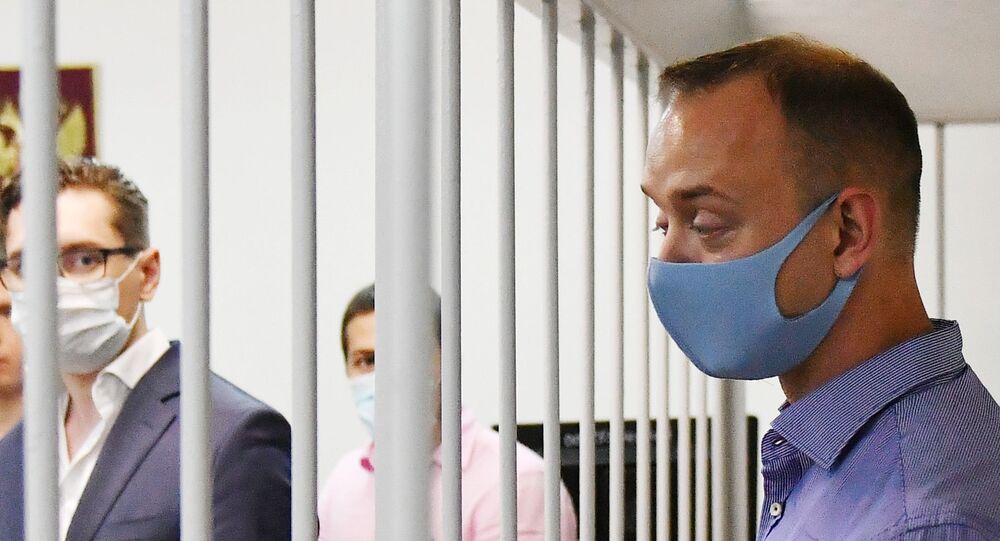 PRAGUE (Sputnik) -The Czech Foreign Ministry has no comments about the case of Ivan Safronov, an adviser to the head of the Russian space agency Roscosmos, suspected of handing over defence secrets to a Czech intelligence service, Spokeswoman Zuzana Stichova said.

"We have no comment on this. Your questions must be referred to the Czech special services," Stichova said.

Earlier in the day, the Czech Interior Ministry and the Czech Defence Ministry also refused to comment on the matter.

The OSCE representative on freedom of the media expressed hope on Wednesday that the arrest of Russian space agency official Ivan Safronov has no connection with his previous work as a journalist.

Concerned by detention of Ivan Safronov, ex-journalist with @kommersant & @Vedomosti, arrested for 2 months in #Russia. Hope the arrest is not linked to his past important media reports and investigations. I will continue to closely follow the case.

​On Tuesday, a Moscow court ordered two months in pre-trial detention for Safronov, an adviser to the Roscosmos chief. According to Safronov's lawyer, investigators accuse his client, who denies the high treason claims against him, of passing information regarding Russia's defence cooperation with Africa and Russia's military activities in the Middle East to Czech special services. The US is believed to have been the ultimate recipient of the secret data.

The defence has appealed the two-month arrest of Ivan Safronov, lawyer Evgeny Smirnov said on Wednesday.