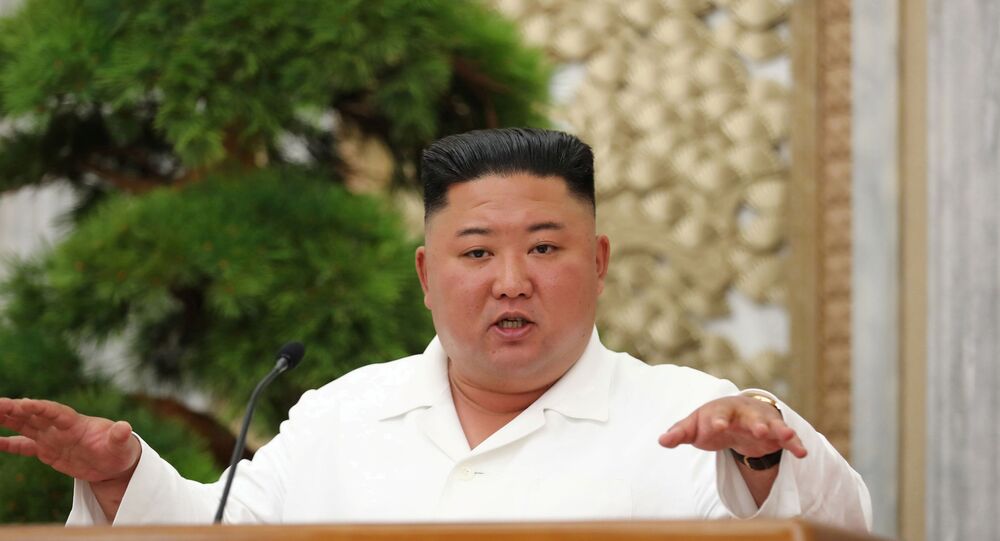 WASHINGTON (Sputnik) - US Defence Secretary Mark Esper and Japanese and Australian defence ministers Taro Kono and Linda Reynolds urged North Korea to return to the negotiating table on denuclearization, according to their joint statement circulated by the Pentagon.

The statement said the officials expressed concern about North Korea’s announcement that it no longer considered itself bound by its moratorium on nuclear tests and launches of intercontinental ballistic missiles.

The defence chiefs again urged North Korea to cease actions that "increase tensions and undermine regional stability", to comply with its international obligations, and take clear steps to achieve complete and irreversible dismantlement of its weapons of mass destruction and ballistic missiles programs.

"To this end, they commended ongoing diplomatic efforts to engage North Korea, and called on North Korea to return to the negotiating table and make a sustained commitment to dialogue.  In the meantime, they reaffirmed their commitment to implement and enforce sanctions against North Korea, including through ongoing cooperation to monitor and deter illegal ship-to-ship transfers of refined petroleum, coal, and other sanctioned goods", the statement read.

Earlier in the week, DPRK rejected the possibility of restarting negotiations with the United States and accused Washington of embracing a "hostile policy" toward Pyongyang and disregarding agreements made at past summits.

The relationship between the two countries has been deteriorating ever since the fiasco at the Hanoi summit in February 2019. The meeting ended without a deal on 28 February, due to disagreements over the timing of sanctions relief. The denuclearisation talks have been stalled since then.