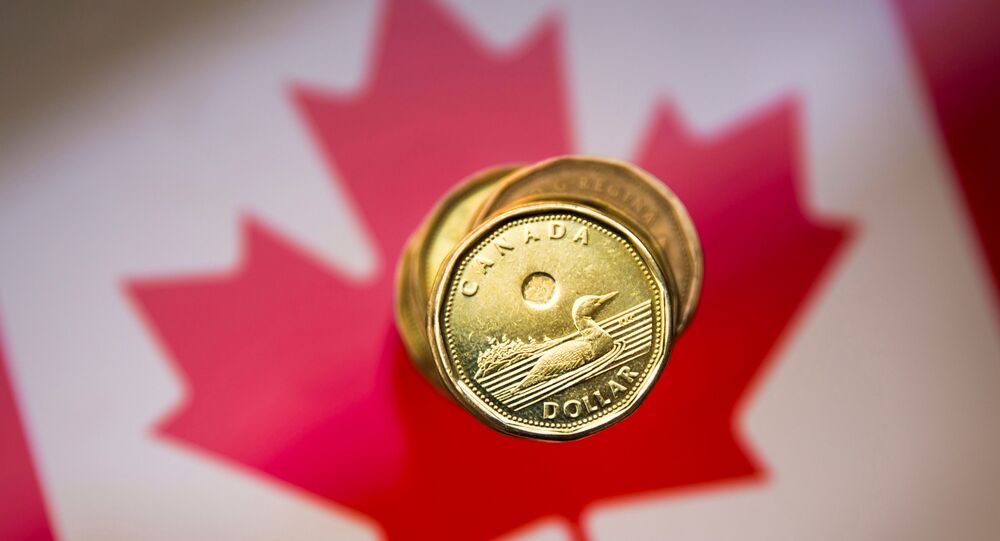 TORONTO (Sputnik) - Providing a guaranteed basic income for Canadians struggling with the economic impact of the COVID-19 pandemic could cost the government up to $72 billion, the Office of the Parliamentary Budget Officer said in a report.

“The total estimated gross cost of the defined guaranteed basic income would range between $47.5 billion [$34.92 billion USD] and $98.1 billion [$72.12 billion USD] based on the three scenarios for the six-month period from October 2020 to March 2021”, the report said on Tuesday.

The plan takes into consideration a phasing-out rate of 0.50, 0.25, and 0.15 Canadian dollars for each dollar of employment income, with a lower rate resulting in increased eligibility and costs.

The report’s initiator, Senator Yuen Pau Woo, said that a basic income program will be necessary once the government’s wage support programs are phased out in the fall.

The senator said that the costs could be further reduced by terminating other benefits and that the overall cost would be lower than extending the Canada Emergency Response Benefit program – a $1,400 benefit for workers who have had their income streams affected by the pandemic – for an additional six months at cost of $44.11 billion.

The Canadian guaranteed basic income program, which is to be launched this fall, ensures that all Canadians between 18 and 64 have at least $13,500 for an individual and $19,000 for a couple for the last six months of the fiscal year 2020-21. The program is guaranteed for individuals and couples with at least $12,500 and $17,600 of income per year, respectively.