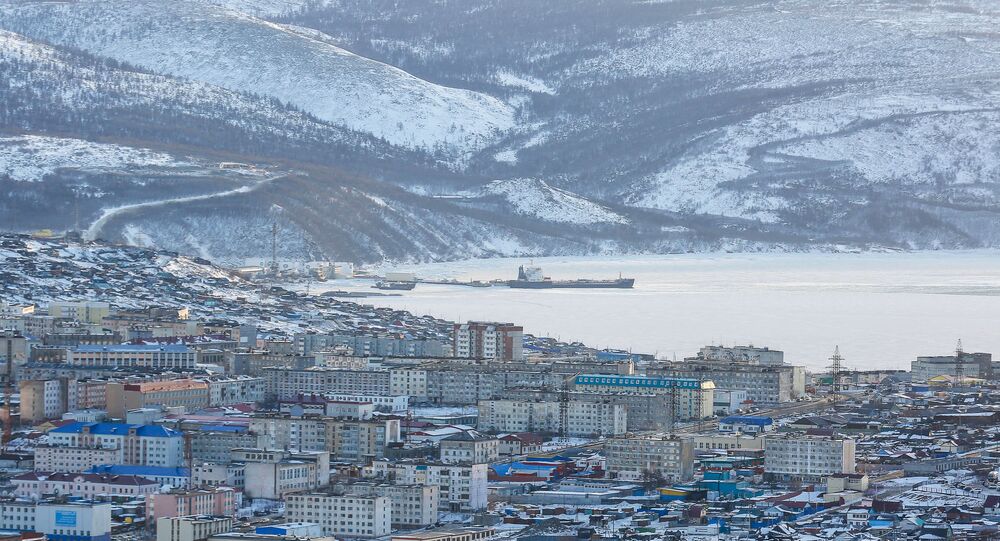 MAGADAN, Russia (Sputnik) - Russia's port town of Magadan is ready to take a monument to the governor of Russian settlements in North America, Alexander Baranov, from the Alaskan city of Sitka, Mayor Yuri Grishan said on Tuesday at a briefing, amid calls for the removal of the statue from the US.

Baranov was the first Russian governor of Alaska and the founder of Sitka city, the capital of the Russian colonies in North America, in the late 18th-early 19th century. His statue became an issue of controversy among Sitka activists amid a larger campaign in the US against monuments of Confederate generals, slave-owners and explorers.

"We are preparing a request to preserve the monument, as well as, if necessary, transport it to Magadan," Grishan said.

The mayor recalled that in Alaska, there were cities that were founded by Russian pioneers, including the city of Sitka, which used to be called Novo-Arkhangelsk.

Grishan also recalled that the Alaska state leadership had thanked Russia for preserving history when the monument to Heroes of ALSIB — the Alaska-Siberia Air Route that was used in 1942-1945 as part of the US Lend-Lease program to deliver US warplanes to the Soviet Union — was unveiled in Magadan.

"Now the situation turns in the opposite direction, when, following racist sentiments, memory is destroyed," the official added.

Commenting on the proposal to remove the monument, Kremlin spokesman Dmitry Peskov said that Russia had also experienced "not the most brilliant period" in its history when monuments of prominent figures were demolished.

According to the Russian Community Council, the removal of the monument will "erase important pages of Alaska's rich history and deal a major blow to Russian American heritage and cross-cultural engagement."

Last week, the Art Russe Foundation said that it had sent a request to the Sitka authorities to restore the monument. In addition, the foundation sent a similar proposal to the authorities of New York regarding the monument to US President Theodore Roosevelt, which the city's authorities decided to dismantle against the backdrop of a wave of anti-racism protests.