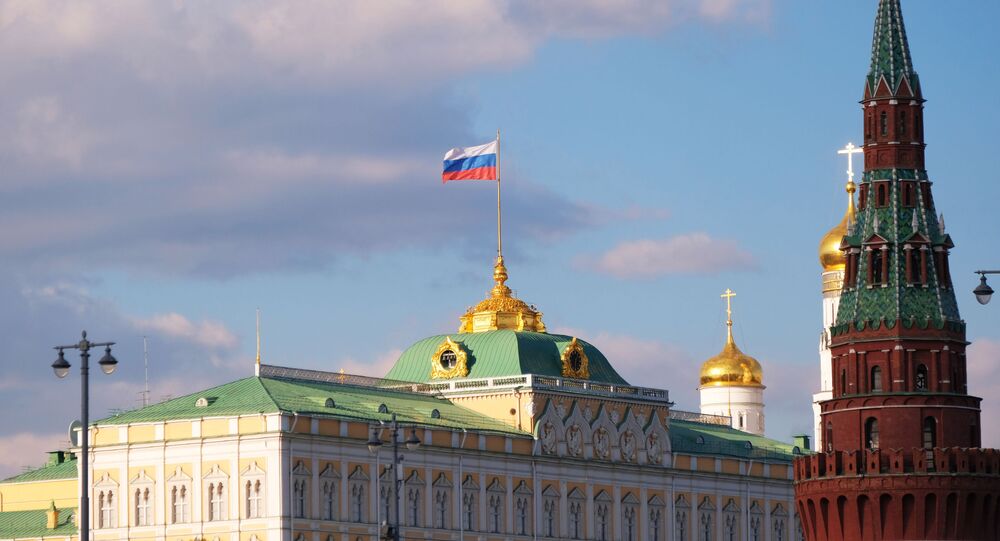 Russia regrets the UK's 'Magnitsky sanctions' list and will respond to it appropriately, the country's presidential spokesman, Dmitry Peskov, said.

"We can only regret such unfriendly steps. Of course, the principle of reciprocity applies here and some response to the extent that satisfies Russia's interests [will take place]," Peskov told reporters.

On Monday, the United Kingdom published its list of people under sanctions, which includes the head of the Russian Investigative Committee Alexander Bastrykin and other members of the Russian law enforcement.

Fresh restrictions are based on the 2018 legislation known as the 'Magnitsky amendment', which gives the government the ability to impose sanctions on individuals for alleged gross violations of human rights.

Sergei Magnitsky was a Russian accountant who died in a Moscow jail in 2019 while being held on suspicion of his involvement in a tax fraud scheme.

© AP Photo / Alexander Zemlianichenko
Portrait of lawyer Sergei Magnitsky who died in jail, is held by his mother Nataliya Magnitskaya, as she speaks during an interview with the AP in Moscow

In 2013, the US adopted the so-called 'Magnitsky Act', targeting Russian officials accused of involvement in Magnitsky's death. They were banned from visiting the US or using the country's banking system.

Russia insists there was no criminal negligence in Magnitsky' death. Commenting on the case in 2013, Russian President Vladimir Putin denied allegations that Magnitsky had been tortured in prison. Putin said that the man had died of a heart attack and that there was no evidence that would require the prosecution of officials.