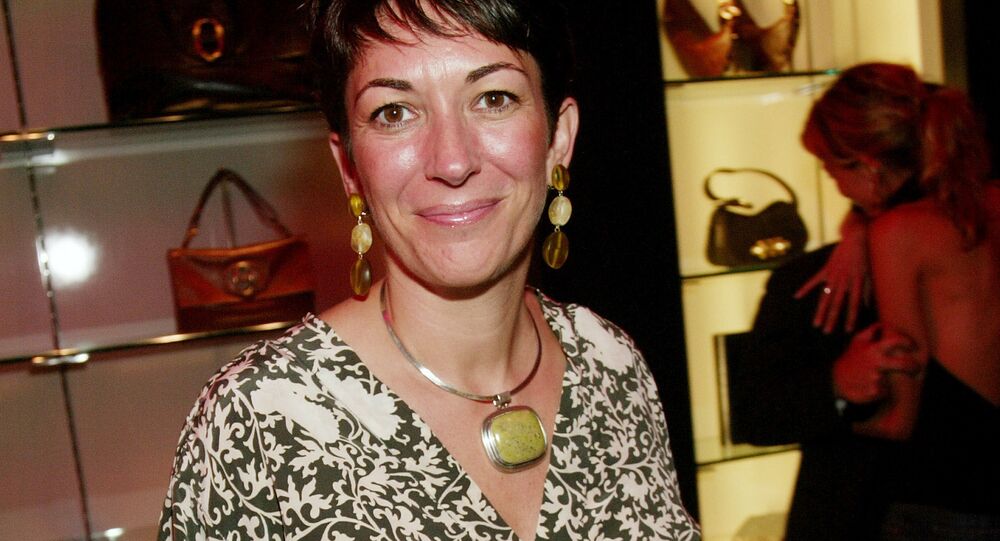 Maxwell has been indicted for allegedly scheming with the late Jeffrey Epstein, her former boyfriend and close associate, to groom young women and girls for sexual abuse. The British socialite has yet to enter a plea deal and is expected to be brought to a New York court later this week.

Ghislaine Maxwell has secretly compiled copies of Jeffrey Epstein’s sex tapes as insurance that could keep her out of jail, The Daily Mail reports, citing Maxwell’s former friend.

“The secret stash of sex tapes I believe Ghislaine has squirreled away could end up being her get-out-of-jail card if the authorities are willing to trade,” the insider was quoted as saying. “She has copies of everything Epstein had. They could implicate some twisted movers and shakers.”

The unnamed ex-friend added that “if Ghislaine goes down, she’s going to take the whole damn lot of them with her,” referring to her powerful acquaintances.

When federal agents and NYPD officers raided Epstein’s mansion on the Upper East Side of Manhattan last July, they found a “vast trove” that was said to include hundreds of lewd photographs, some of them of underage girls, and CDs with handwritten descriptions such as “Young [Name] + [Name]”, “Misc nudes 1”, and “Girl pics nude”.

The well-connected financier reportedly committed suicide in his Manhattan prison cell in August 2019 while awaiting trial on sex trafficking charges, which he denied.

Maxwell, Epstein’s British ex-girlfriend, who is believed to have been his closest associate, was arrested last Thursday in the United States and charged with six counts related to the trafficking and sexual abuse of women and girls as young as 14, going back as far as 1994.

The charges stem from accounts provided by several of Epstein’s alleged victims, who have accused Maxwell of befriending them and subsequently procuring them as sex slaves for the twisted millionaire. The 58-year-old media heiress previously denied similar claims.

Maxwell had been hiding out in New Hampshire since last July, US prosecutors said, despite reports that she had been living in Los Angeles and in Paris.

Andrew and Dershowitz have been accused of sexual abuse of a minor allegedly trafficked by Epstein and Maxwell, but have denied any wrongdoing. The British royal has vanished from the spotlight since his disastrous November interview addressing the accusations, and Dershowitz, who had previously represented Epstein, passionately defended Maxwell in a recent column.

“Not only did Epstein like to capture himself with underage girls on camera – he wanted to make sure he had something to hold over the rich and powerful men who took advantage of his sick largesse,” Maxwell’s former friend told The Daily Mail. “I’ll bet anything that once it comes out that Ghislaine has those tapes, these men will be quaking in their Italian leather boots.”

Maxwell, who has yet to enter a plea deal, faces 35 years in prison if convicted. She is currently being held in a jail in New Hampshire and is expected to appear in a New York court later this week.