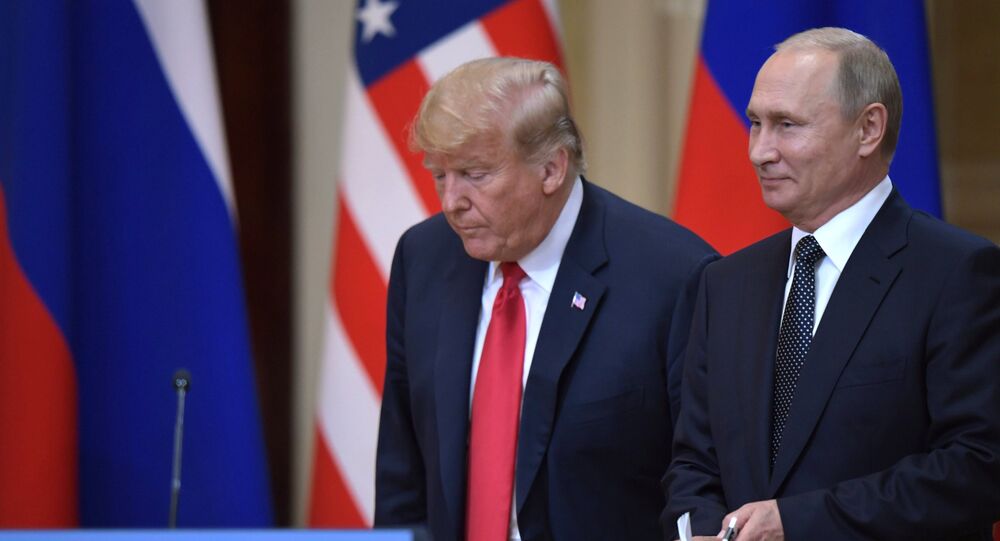 The historical piece of memorabilia was apparently signed by the two leaders at two separate events and has ended up on a website trading rare autographs and documents.

A baseball said to be signed by Russian President Vladimir Putin and US President Donald Trump is up for grabs for $54,000.

The item has been put up for sale at the autograph-dealing website MomentsInTime.com, which sells historical documents ranging from photos of a pregnant Marilyn Monroe to Germany’s surrender agreement that ended WW2 in Europe.

According to the description, a senior Russian official first had Vladimir Putin sign the ball at a public event, and Donald Trump’s signature was obtained at his 2 March rally in Charlotte, North Carolina.

Photos of the ball from Major League Baseball show signatures similar to those of the two presidents, although it is unclear whether it has gone through a verification process. All entries on MomentsInTime are claimed to be authentic, with a guarantee without time limitations and full refund of the purchase price.

Page Six reported on Monday that the website had also offered for $32,500 the only known jointly-signed photograph of the two presidents – depicting their handshake at the 2018 Helsinki summit – but it appears to have been either sold or removed as of this writing.