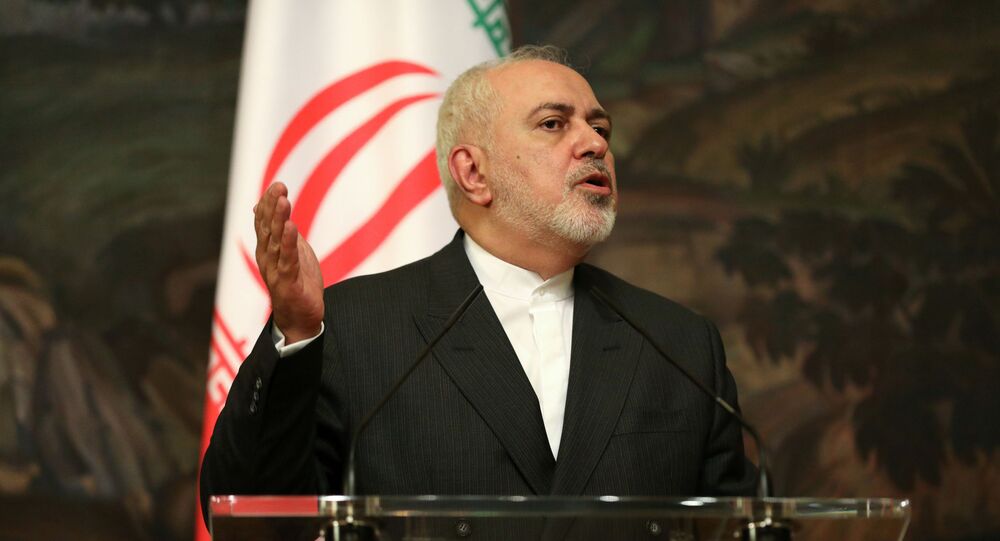 Iranian media has recently been highlighting the possibility of an agreement with China, with news website Tabnak reporting that President Hassan Rouhani’s administration had negotiated a long-term deal with Beijing; Foreign Minister Javad Zarif had been tasked with finalising talks with the Chinese.

Iran has been hammering out a strategic 25-year agreement with China, the details of which will be announced as soon as the deal has been finalised, Iranian foreign minister Mohammad Javad Zarif was cited as saying at a session of parliament on Sunday, adding that there was “nothing secret” about it, reported AFP.

“With confidence and conviction, we are negotiating a 25-year strategic accord with China, Iran’s top trading partner, said Zarif, as he addressed parliament for the first time since the legislature began work in late May following parliamentary elections on 21 February 2020.

Zarif underscored that the nation would be informed of the prospective China deal “when an accord has been concluded”.

The Foreign Minister alluded to an earlier intention to seek such a long-term agreement between the two nations, voiced in January 2016 when Chinese President Xi Jinping visited Tehran.

The likelihood of a “road map” deal being penned between Iran and China had been raised by Iranian media in early June, with Al-Manar and Tehran Times mentioning it as part of the initiative of President Hassan Rouhani’s current government.

The potential deal was cited by former president Mahmoud Ahmadinejad during a political visit to Gilan province. At the time, Ahmadinejad had slammed alleged rumours of a “secret” agreement.

According to Radio Farda, the ex-president said the nation would not acknowledge “a new secret 25-year agreement between Iran and China", adding that a deal “signed with a foreign country without the people knowing about it will be void”.

Earlier, Tabnak, a Farsi news website, claimed Iran was actively seeking a deal with Beijing, and Foreign Minister Javad Zarif has been tasked by President Hassan Rouhani to work out the details with the Chinese side.

The outlet suggested the main focus of the new Iran-China agreement would be to channel Chinese investments into Tehran’s oil, gas and petrochemical industry.

China is a key market for Iranian crude exports, which have been severely undermined by US sanctions.

Recently, the United States circulated a draft resolution to the 15-member UN Security Council that would indefinitely extend the arms embargo on Tehran, set to end in mid-October under Tehran’s 2015 nuclear deal, with council veto-powers Russia and China signalling opposition to the move.

Tehran has been experiencing economic hardships since US President Donald Trump’s administration unilaterally withdrew the US from the 2015 Joint Comprehensive Plan of Action (JCPOA) known commonly as the Iran nuclear deal on 8 May 2018.

In line with the JCPOA deal, signed by Tehran with China, France, Germany, Russia, the United Kingdom, the United States, Germany and the European Union, the country committed to scaling back its nuclear programme and downgrading its uranium reserves in exchange for sanctions relief.

Washington had accused Tehran of violating the terms of the deal, and in the wake of the move reimposed tough sanctions against Iran, targeting its oil and metal industries, financial and banking sectors, trade and weapons development, in addition to travel bans and asset freezes.