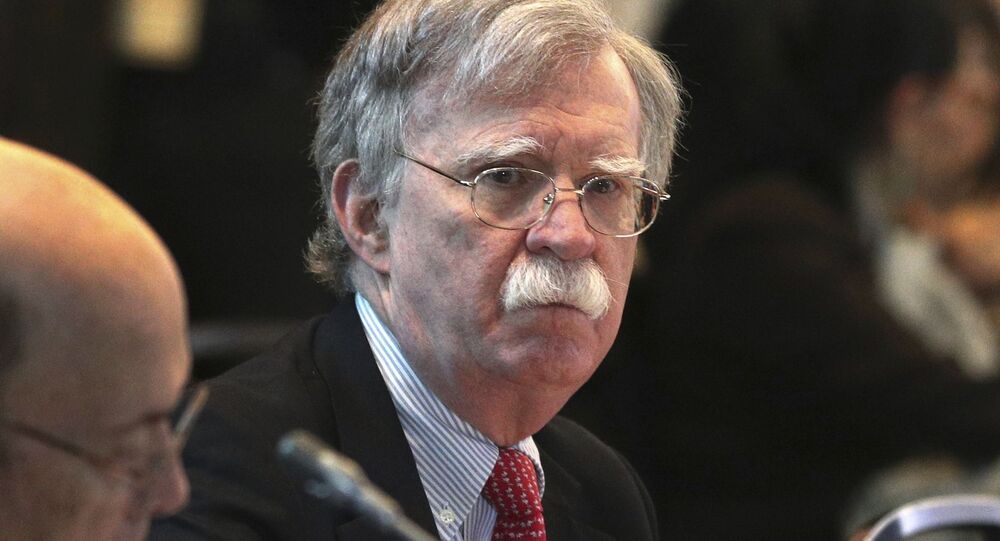 The two countries, which the US has called potential "near-peer adversaries", have been increasingly working together in recent decades on an array of issues, ranging from energy to the military sphere.

Russian Deputy Minister of Defence Alexander Fomin has commented on the memoirs of former US National Security Adviser John Bolton, suggesting that the thriving Russian-Chinese relations gave the former top American official "heartburn", judging by what he wrote in his book. Fomin went on to dismiss Bolton's claims about the threat that China purportedly poses to the world.

"I want to stress that John Bolton's argument about the growing Chinese threat is nothing more than mere juggling of facts […] We don't see China's activities in the sphere of missile development as a security issue", the Russian defence official said.

The deputy minister of defence further ridiculed Bolton's notion that the Intermediate-Range Nuclear Forces (INF) Treaty was scrapped due to the fact that China was not a party to it.

The Russian deputy defence minister condemned the US decision to withdraw from the Intermediate-Range Nuclear Forces (INF) Treaty in August 2019, calling the accusations against Russia in relation to it completely made-up.

"We regard the US withdrawal from this agreement as a mistake, and the claims that the US made against Russia are contrived", Fomin told reporters in Moscow.

Fomin went on to stress that the US had from the start been set on abandoning the treaty and that the accusations levelled against Moscow were simply a pretext for Washington to achieve its goals, which have nothing to do with global security.

"Over a long period of time, the US has pursued a consistent policy of abandoning its arms control obligations to ensure the conditions for military dominance. I want to emphasise once again that all the responsibility for the collapse of the treaty lies entirely with the US", the defence official summed up.

Washington announced its intention to ditch the INF Treaty in February 2019 and completed the process by August, justifying it primarily by alleging that Russia’s 9M729 missiles were operating at ranges banned under the accord. However, a month later, the US tested its own non-INF compliant missile, which led Moscow to conclusion that the new weapon had been developed long before 2019 and that the US withdrawal from the INF only served Washington's desire to get rid of limitations on arms development.

The last arms control treaty holding the US back is the New START accord, which was signed with Russia in 2010. The arms treaty is set to expire in 2021, but Washington has so far been reluctant to prolong it, insisting that China become a party to the deal – something that Beijing has ruled out, just as was the case with the US proposal to sign a new INF-like treaty that would include the Asian country.

Putin: We Need to Monitor Deployments of Previously INF-Banned US Missiles in Europe and Asia