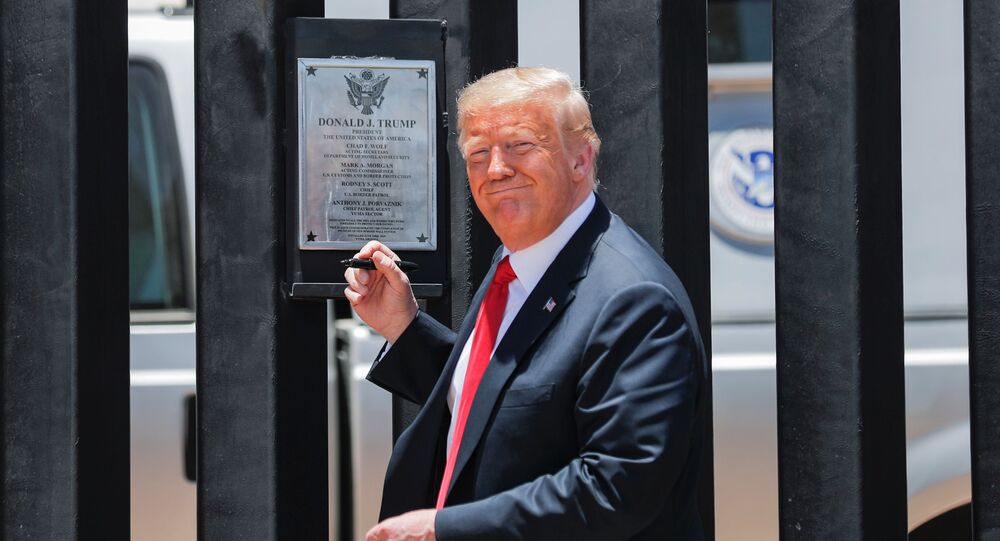 Earlier on Thursday, the US Customs and Border Protection (CBP) revealed their intention to exchange the US-Mexico border wall with a “virtual” wall by deploying hundreds of “autonomous surveillance towers”, which use artificial intelligence and image-detection to identify moving objects, at the country’s southern borders by 2022.

The administration of US President Donald Trump has rewarded a contract to California-based tech startup Anduril Industries to design and build “autonomous surveillance towers” capable of detecting moving objects, people, animals and vehicles, at the US-Mexico border, according to Washington Post.

Earlier on Thursday, the CBP announced in a statement that it would deploy 200 autonomous mobile surveillance towers, saying that they had “become a Program of Record for U.S. Border Patrol (USBP)”.

The CBP said that the solar-powered towers would “provide autonomous surveillance operations 24 hours per day, 365 days per year”. The agency explained that 'intelligent' cameras would use algorithms to autonomously analyze, identify moving objects and notify Border Patrol agents to “make the final determination on what the item is and if it poses a threat”.

“These towers give agents in the field a significant leg up against the criminal networks that facilitate illegal cross-border activity,” Border Patrol Chief Rodney Scott said in a statement. “The more our agents know about what they encounter in the field, the more safely and effectively they can respond.”

Though the CBP did not openly comment about its contract with Anduril, company officials told the Washington Post the agreement is for five years and is worth hundreds of millions of dollars.

“Anduril is proud to support US Customs and Border Protection as it expands its use of innovative technology solutions to greatly improve situational awareness and agent safety along the US border,” company CEO Brian Schimpf said in a statement to The Hill.

In 2019, Trump strongly pressed for the building of a physical wall along the 2000-mile border with Mexico, a primary campaign pledge during the US 2016 presidential race. The president went so far as to declare a national emergency in February of 2019 in an attempt to secure funds for the wall's construction. The Trump White House redirected money dedicated to a number of national projects, including military funding, to pay for sections of the wall to be built, a move that was ruled as “unlawful” by a US court of appeals late-June of 2019.

Trump's determination to build the wall on the southern US border came after an estimated tens of thousands of migrants from Central American nations begun heading toward the US-Mexico border to seek asylum in the United States.