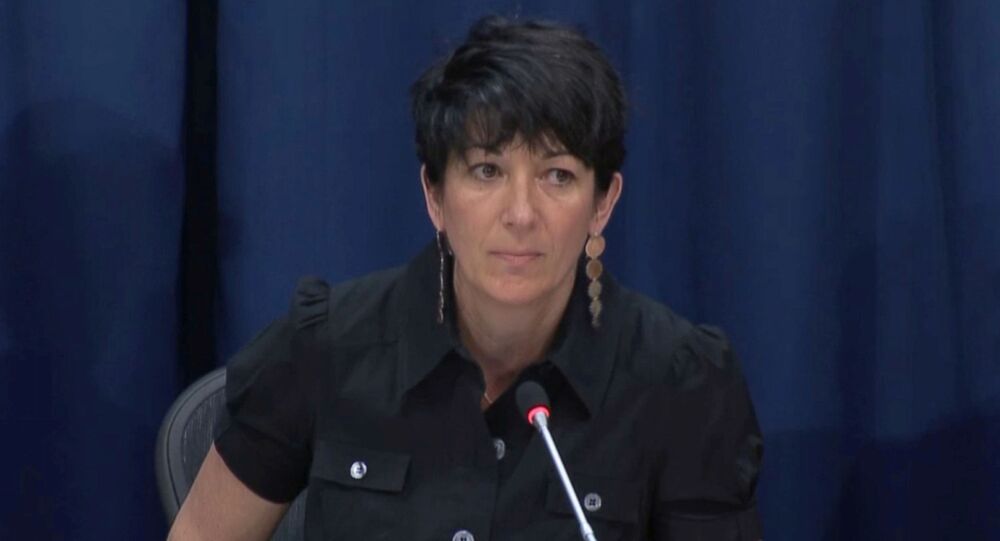 The arrest has been confirmed by an FBI spokesperson, and while the charges she faces weren't initially disclosed, it's since been revealed they relate to transporting a minor with intent to engage in criminal activity and perjury, and were filed by the Manhattan District Attorney.

Ghislaine Maxwell, British socialite and former partner of notorious sex abuser Jeffrey Epstein, has been arrested by the FBI, NBC News has reported.

“She was arrested on the east coast on Epstein-related charges and is expected to appear in a federal court later today,” the outlet said.

The perjury charges relate to Maxwell claiming under oath she was unaware of anyone under 18, other than one plaintiff, she interacted with at Epstein's properties.

Prince Andrew’s legal team “will not be commenting” on her arrest, CNN has reported, although federal prosecutors said they “would welcome Prince Andrew coming in” to speak with them for the “the benefit of his statement", Audrey Strauss, Acting US Attorney for the Southern District of New York, told reporters during a news conference about Ghislaine Maxwell’s arrest.

“Our doors remain open, as we have previously said, and we would welcome his coming in and giving us an opportunity to hear his statement,” she said.

Buckingham Palace has made clear however it won't be commenting.

Maxwell kept an extremely low profile and her whereabouts were unknown since Epstein’s arrest July 2019 on charges he abused and trafficked women and girls in Manhattan and Florida 2002 - 2005.

Epstein, who pleaded not guilty, was found dead in his Manhattan jail cell August that year. He was a former friend of Presidents Donald Trump and Bill Clinton, as well as Prince Andrew.

Since then, Maxwell has communicated with courts in a number of legal actions brought against her by Epstein's victims only via her lawyers - on 12th March, she filed a lawsuit in Superior Court in the US Virgin Islands seeking compensation from Epstein's estate for her legal costs.

A number of cases in which Maxwell was the defendant have already been settled in the ligitants' favor as of June 2020, despite repeatedly denying any and all involvement in Epstein's crimes. Dozens of women say Maxwell recruited them when they were underage or very young to act as sexual servants for Epstein.

For instance, Virginia Giuffre alleges she was recruited by Maxwell as a minor, after the pair met at Donald Trump's Mar-a-Lago Club in Palm Beach, Florida, where Giuffre was working at the time. Giuffre asserts Maxwell and Epstein trafficked her and other underage girls, often at sex parties hosted by Epstein at his homes in New York, New Mexico, Palm Beach, and the U.S. Virgin Islands. Giuffre claims she had sex with Prince Andrew in London after a night of partying facilitated by Maxwell. The royal denies any impropriety, despite photos of him with his arm furled round Giuffre's waist circulating widely over the internet.

In 2017, Sarah Ransome filed suit in US District Court Southern District of New York against Epstein and Maxwell, alleging  Maxwell hired her to give massages to Epstein and later threatened to physically harm her or destroy her career prospects if she did not comply with their sexual demands at his mansion in New York and on his private Caribbean island, Little Saint James. The suit was settled in 2018 under undisclosed terms.

In April 2019, Maria Farmer went public and filed a sworn affidavit in federal court in New York, alleging she and her 15-year-old sister, Annie, had been sexually assaulted by Epstein and Maxwell in separate locations in 1996. Farmer's affidavit was filed in support of a defamation suit between Virginia Giuffre against Alan Dershowitz. According to the affidavit, Farmer met Maxwell and Epstein at a New York art gallery reception in 1995. The affidavit says in the summer the following year, they hired her to work on an art project in billionaire businessman Leslie Wexner's Ohio mansion, where she was then sexually assaulted by both Maxwell and Epstein. Farmer reported the incident to the New York Police Department and the FBI at the time. Her affidavit also stated during the same summer, Epstein flew her then 15-year-old sister, Annie, to his New Mexico property where he and Maxwell molested her on a massage table.