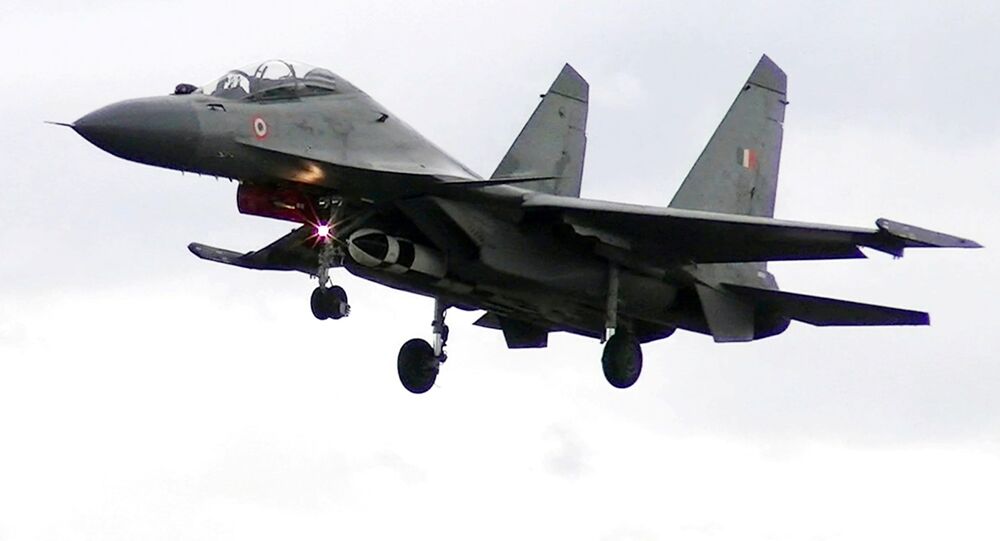 New Delhi (Sputnik): As the Indian Air Force has faced a shortage of fighter jets since its old fleet of aircraft retired, the government has adopted a two-pronged strategy for a midlife overhaul of existing planes and the induction of new ones.

Amid a rising military build-up along the Line of Actual Control (LAC), the Indian Defence Ministry approved a long-pending procurement worth around $5.2 billion for the Indian Air Force (IAF) and Army on Thursday.

The Defence Acquisition Council under the chairmanship of minister Rajnath Singh accorded approval for the purchase of 21 MiG-29s along with the upgrade of 59 existing MiG-29 aircraft as well as the procurement of 12 Su-30 MKI aircraft.

"Addressing the long felt need of the Indian Air Force to increase its fighter squadrons, the DAC also approved the proposal for procurement of 21 MIG-29 along with upgradation of existing 59 Mig-29 aircraft and procurement of 12 Su-30 MKI aircraft. While the MIG 29 procurement and upgradation from Russia is estimated to cost Rs 7418 Cr [$991 million], the Su-30 MKI will be procured from HAL [Hindustan Aeronautics Limited] at an estimated cost of Rs 10730 Cr [$1.43 billion]", the Defence Ministry said in a statement.

The council also decided to induct more Pinaka multi-barrel rockets, a BMP armament upgrade, and Software-Defined Radios, which will cost around $2.7 billion.

"These procurement include Pinaka ammunitions, BMP armament upgrades and Software Defined Radios for the Army, Long Range Land Attack Cruise Missile Systems and Astra Missiles for Navy and Air Force. The cost of these Design and Development proposals is in the range of $2.7 billion", the ministry added.

While the acquisition of Pinaka missile systems will enable raising additional regiments over and above the ones already inducted, the addition of Long Range Land Attack Missile Systems having a firing range of 1,000 km to the existing arsenal will bolster the attack capabilities of the Navy and the Air Force.

Similarly, the induction of Astra Missiles, having a Beyond Visual Range capability, will serve as a force multiplier and immensely add to the strike capability of the Navy and Air Force, the Defence Ministry emphasised.

India and Russia have been negotiating the purchase of MiG-29 and Su-30MKI aircraft since last year. In 2019, a top-level Indian Air Force (IAF) team visited a Russian facility to check the MiG-29 fighter jets; later, it submitted a favourable report to the IAF headquarters.

IAF head Air Chief Marshal R.K.S. Bhadauria said in the past that the additional Sukhoi-30MKI fighters would be built by HAL at the Nasik facility in the southern Indian state of Maharashtra.

The massive purchase plan was approved amid a border escalation with China, even though a series of high-level meetings have been conducted to resolve the issue in the Galwan Valley. At least 20 Indian soldiers were killed in a brutal clash with the People's Liberation Army on 15 June, and Indian Prime Minister Narendra Modi said that his country would not forget their killing.