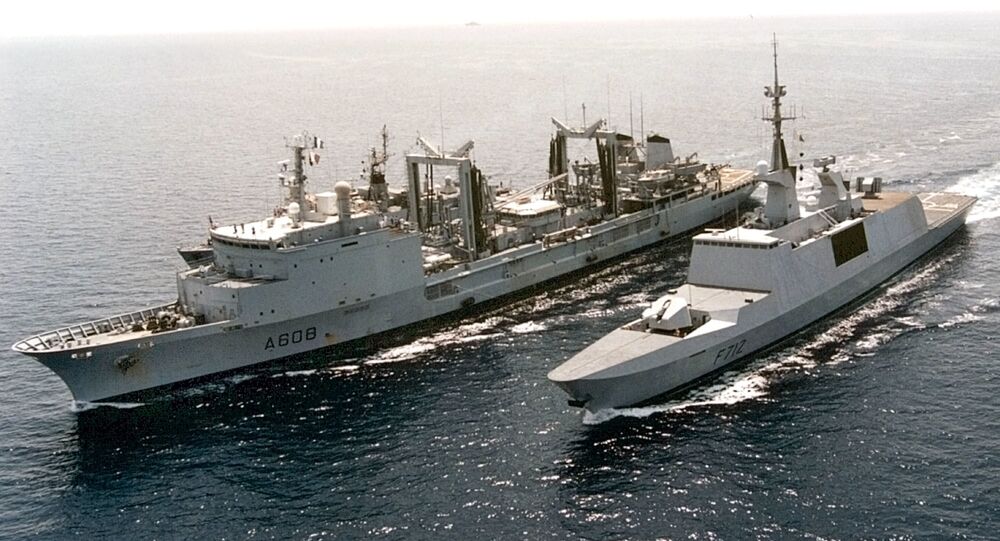 Turkish frigates confronted French naval forces in the Mediterranean Sea as they tried to inspect a ship, purportedly carrying weapons to Libya in violation of the UN ban. The incident took place amid Ankara's attempts to help the UN recognised government of national accord in its fight against the army of General Haftar.

Turkish Foreign Minister Mevlut Cavusoglu has stated Ankara wants France to apologise over its statements regarding the incident that took place in the middle of June between the two countries' naval forces. At the time, Paris characterised the Turkish frigates’ actions towards French ships operating in the Mediterranean Sea as "extremely aggressive" and requested NATO officials to probe the encounter between the members of the alliance.

"When France makes false claims and works against Turkey, that should not be accepted. We expect France to apologise unconditionally", Cavusoglu said.

Cavusoglu went on to dismiss France's claims that Turkish frigates targeted their ally's ship insisting that Ankara passed the reports of the incident to NATO investigators, proving such conduct never took place.

Turkey actively supports the UN-recognised Libyan Government of National Accord (GNA), which controls the capital of Tripoli and the northwestern part of the country. The GNA, in turn, accuses France of supporting another major power on the Libyan political landscape – the Tobruk-based Libyan House of Representatives and the Libyan National Army (LNA), led by general Khalifa Haftar, which controls central and eastern Libya.

France accused the Turkish frigates of intervening in the operations of navy forces observing the implementation of a UN arms embargo on war-torn Libya. The French frigate Courbet was trying to contact a Libya-bound cargo ship sailing under the Tanzanian flag, suspecting it of running a gun smuggling operation, but was unsuccessful in these attempts. Instead, two Turkish frigates escorting the vessel contacted the French warship explaining that the ship was carrying medical supplies.

The Courbet still attempted to approach the "suspicious" Libya-bound ship, but was "lit up" three times by Turkish frigates' radars meaning they targeted their NATO ally without firing at it. The French vessel backed off after the confrontation, but Paris requested that NATO probe the incident. The bloc's investigation has returned inconclusive results.

Following the standoff with Turkish ships, France announced that it would freeze its participation in the NATO naval mission aimed at preventing arms trafficking to Libya. Paris insists that its frigate acted according to NATO intelligence and argued that under the alliance's guidelines the Turkish warships' behaviour can be characterised as a hostile act.

Turkey Brushes Off France's 'Groundless Allegations' of Aggression in Mediterranean