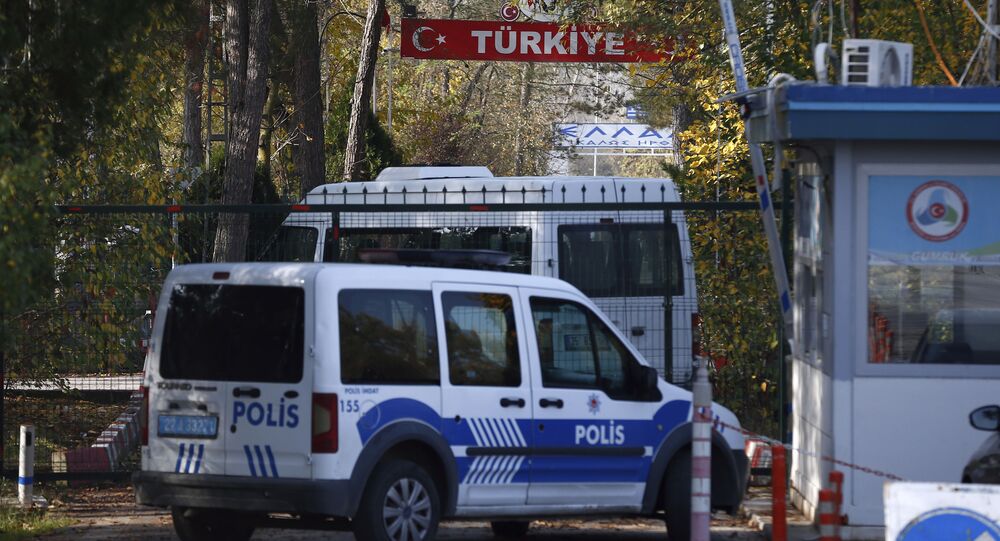 Relations between Greece and Turkey remain strained over contentious issues such as maritime boundaries, migrants, and Ankara’s oil and gas exploration plans in the Mediterranean, with Greece’s defence minister warning earlier in June that Athens would be prepared to defend itself against an “aggressive” Turkey by any means necessary.

Greek government spokesman Stelios Petsas announced at a regular briefing to journalists that as of 1 June the Kastanies border crossing at the Greek-Turkish border at Evros will be reopened, as the country emerges from the coronavirus pandemic-triggered lockdown.

The border crossings at Evzoni, Kakavia, Krystallopigi, Promachonas, Nymfaia, and Kipi will also open, according to a report in Greek City Times.

The decision to reopen the land border between the two counties comes despite unabated tensions with Turkey over the contentious migrant issue.

There will not be any mandatory testing for tourists arriving in Greece, however, until 31 August, all arrivals are required to fill in a Passenger Locator Form (PLF) at least 48 hours before they check in.

Passengers will need to specify their departure airport, the address where they will be staying and the expected duration of their stay.

As the country adopts measures aimed at warding off the potential spread of the coronavirus amid a fresh influx of tourists, the passenger data will be analyzed and barcodes issued to arrivals.

This will determine whether a passenger will be tested for COVID-19.

The Kastanies border crossing with Turkey has been closed since the end of February 2020, when Greek authorities sought to ward off a massive influx of illegal immigrants.

© REUTERS / Alkis Konstantinidis
Refugees and migrants, most of them Afghans, block the entrance of the refugee camp at the disused Hellenikon airport as police officers try to disperse them, in Athens, Greece, February 6, 2017

Convoys of people had converged at the Kastanies/Pazarkule border gate with Turkey, with Greek Public Order Minister Michalis Chrysohoidis telling reporters near the northern border town of Kastanies that the migrants were “being used by (our) neighbor, Turkey.”

“Greece... faced an organized, mass and illegal attempt to violate its borders and it withstood this attempt,” government spokesman Stelios Petsas said at the time.

The developments came after Ankara announced in late February that it was opening its borders with the EU to migrants and refugees wishing to cross amid an escalation of fighting between Turkish and Syrian troops in Syria’s Idlib province.

Turkish President Recep Tayyip Erdogan called on Athens to “open the gates” to allow the people to make their way to wealthier European countries, as he slammed Brussels for failing to fulfil its earlier promises, stemming from a deal penned by Ankara and the EU during the migrant crisis in 2016.

Seeking to stifle the flow of refugees coming to European countries, Brussels had vowed to provide funds to help Turkey care for the refugees, yet Ankara repeatedly criticised European countries for failing to uphold its side of the bargain.

“We fed and gave drink to refugees for the last nine years. Now they want to go to Europe. I have long said: if you don’t share the burden with us, we will open the gates,” Erdogan warned.

After the de-escalation of the migration issue, the COVID-19 pandemic forced Athens to keep the Kastanies border closed.

Relations between the two countries have also been strained of late over issues such as the signing of a controversial deal on maritime boundaries between Ankara and Libya's Government of National Accord, which Athens slammed as an attempt to usurp Greece's sovereign rights, and the Turkish Petroleum Corporation unveiling plans to drill in the eastern Mediterranean.