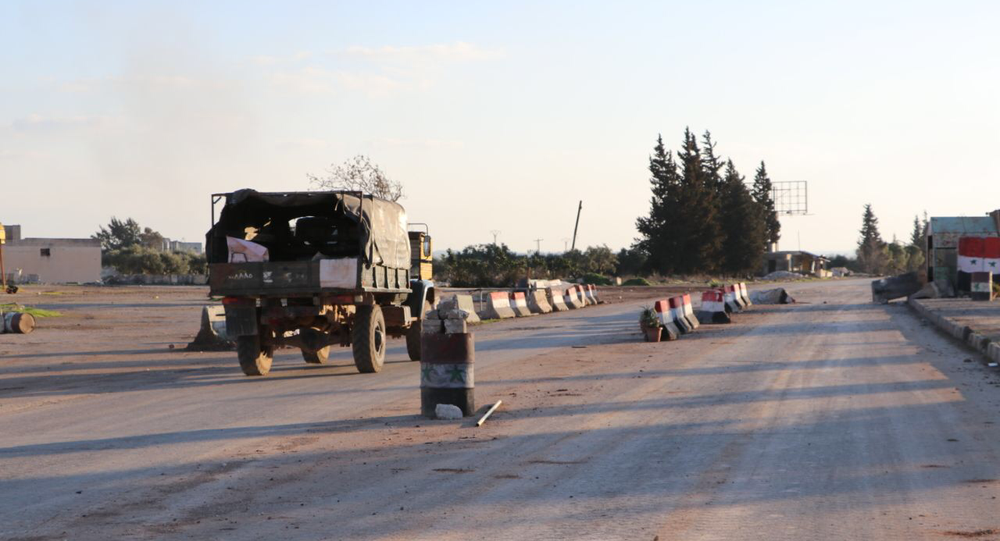 Washington expressed "shock" over Russia's decision to exit the mechanism on Monday, accusing Moscow of endangering the lives of millions of people in militant-controlled parts of northwestern Syria.

The UN's Syria deconfliction mechanism was used by terrorists, and this was one of the factors prompting Russia from exiting the voluntary arrangement, Russian Ambassador to the UN Vasily Nebenzya has announced.

"This mechanism functioned on a voluntary basis, it was not enforced by the decisions of the Security Council or other legal grounds. Our own investigations have repeatedly shown that some of the objects [listed using the mechanism] were used as headquarters of terrorists, therefore they should not have been given humanitarian status," the ambassador said.

The UN's Syrian deconfliction mechanism is ostensibly aimed at informing warring parties on the locations of humanitarian static locations and humanitarian movements to avoid accidental military attacks on these areas. Russian officials have repeatedly expressed concerns over the mechanism in the past, pointing out, for example, that there have been cases where the coordinates listed by the UN as humanitarian areas are inconsistent with the objects actually located there.

In any event, Nebenzya stressed that despite withdrawing from the deconfliction mechanism, Moscow will continue to avoid any accidental attacks on civilian targets using its own intelligence.

"Russia will continue to fulfill its obligations under international humanitarian law. We have repeatedly emphasized that the Russian Air Force uses an effective target verification system which eliminates the possibility of attacks on civilian targets."

US Shocked and Appalled

Also on Monday, US Ambassador to the UN Kelly Craft said the US was "shocked" by Russia's decision, suggesting the move was "designed to erect new barriers to humanitarian assistance in Syria," and accusing the "Assad regime" and its allies of "waging war against the Syrian people and turning humanitarian aid into a weapon."

The Assad regime & its allies are waging war against the Syrian people and turning humanitarian aid into a weapon of this war. And Russia’s shocking decision to terminate its deconfliction arrangement with @UN further obstructs aid delivery, putting millions of lives at risk.

Syria has been mired in a nine+ year foreign backed civil conflict since 2011, when protests inspired by the so-called Arab Spring movement escalated into street battles between Syrian government forces and armed protesters. In the years since, the intelligence services of countries from across the region hostile to Damascus provided monetary and weapons assistance to the rebels, while the US launched its own operation, known as 'Timber Sycamore', which was overseen by the CIA and then-Vice President Joe Biden, and cost US taxpayers over $1 billion. At the same time that it has funded the destabilization of Syria and sanctioned its government, Washington has complained about the dire humanitarian situation in the country, and accused Damascus and its allies of failing to support the Syrian people.

In recent years, with assistance from Russian air power, Hezbollah and Iran, the Syrian government has managed to beat back an assortment of armed militants and jihadist extremists, including Daesh (ISIS)* and al-Qaeda*, and to consolidate its control over most of the country's population centers. Today, rebels remain concentrated mostly in northern provinces bordering Turkey, including Idlib province, and US-occupied areas in Syria's northeast.

In addition to its military operations against terrorists, Russia has assisted Syria through the delivery of tens of thousands of tonnes worth of humanitarian aid, including foodstuffs and medical supplies.