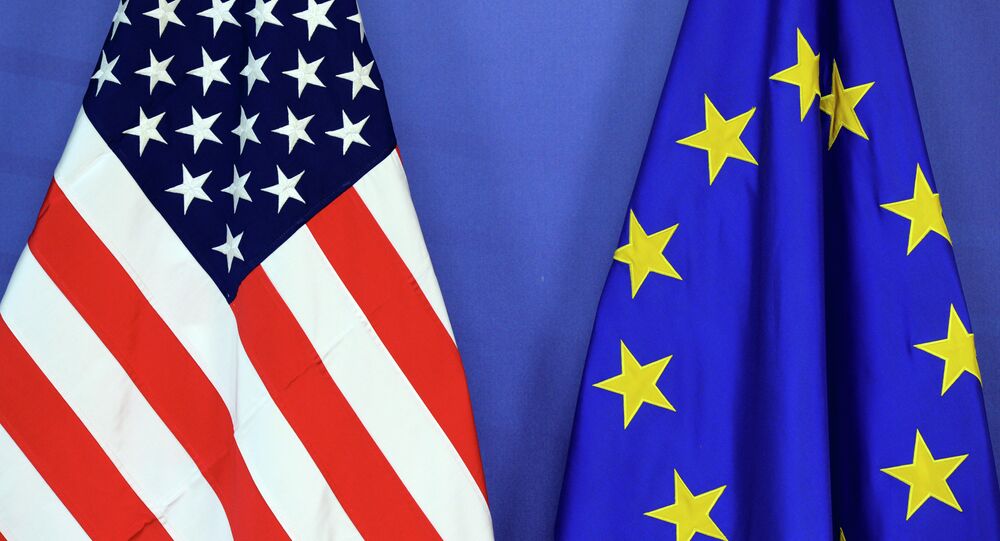 The world can no longer take for granted that the US aspires to be a global leader, German Chancellor Angela Merkel said in an interview with a group of six European newspapers on 26 June, suggesting that priorities be accordingly reappraised.

The health crisis triggered by the COVID-19 pandemic and its repercussions for the global economy have dramatically altered how the European public perceives the US, reports The Guardian.

“Europeans’ trust in the US is gone. Many have been appalled by the [US’s] chaotic response to Covid-19; the lack of solidarity it showed with Europeans in the 12 March closure of its border to members of the Schengen area; and its lack of leadership in tackling the coronavirus crisis at the global level – or even engagement with the issue (beyond a war of words with the World Health Organization),” states the report, commissioned by the Berlin-based European Council on Foreign Relations (ECFR) thinktank.

According to the survey, conducted by Datapraxis and YouGov from late April to the first week of May out across nine EU countries, over 60 per cent of respondents in Germany, France, Spain, Denmark and Portugal revealed they had lost trust in the US as a global leader.

European citizens, “traumatized” by the pandemic, said they had felt “alone and vulnerable” throughout the health crisis.

A majority of those surveyed acknowledged that their perception of the US had plummeted since the outbreak of the respiratory disease.

Predominantly negative attitudes towards the US were markedly shown by respondents in Denmark (71 percent) Portugal (70 percent), France (68 percent), Germany (65 percent) and Spain (64 percent). The public view of the US had deteriorated “a lot” during the pandemic, said 46 percent of those surveyed in France, and 42 percent of those in Germany.

© REUTERS / Manuel Silvestri
Tourists are seen by the Bridge of Sighs a day before Italy and neighbouring EU countries open up borders for the first time since the coronavirus disease (COVID-19) outbreak hit the country, in Venice, Italy June 14, 2020.

Summing up the results of the survey, Susi Dennison and Pawel Zerka of the European Council on Foreign Relations (ECFR) were quoted as concluding that trust in the US was “broken” as a result of Donald Trump administration’s handling of the health crisis.

Regarding trust in the transatlantic alliance, the poll shows that confidence has reached a dramatic low, with only 2 percent of respondents in Germany and 3 percent in France voicing hope they could rely on US support in rebooting the coronavirus-battered European economy.

“Europeans have digested the fact that the US is no longer necessarily a friend for Europe in times of need,” said Susi Dennison.

Experts of the ECFR suggest that the shift in European perception of the US shows they are starting to question America’s commitment to multilateralism and its ability to lead the world.

The authors conclude that the survey reflects a desire by Europeans to take on more responsibility for dealing with international challenges, such as the pandemic.

“Europeans now have to live with the knowledge that, despite all the structures we have put in place to protect ourselves at the EU and global level, our continent can move from complacency to full economic and social shutdown in a matter of weeks. This realisation may have profound consequences for the way that Europe engages with the rest of the world,” says the report.

US No Longer ‘Taken for Granted’

The results of the survey come as last week German Chancellor Angela Merkel gave an interview for a group of six European newspapers, warning that the world could no longer take it for granted that America still aspires to be a global leader.

Speaking with the Guardian, Germany’s Süddeutsche Zeitung, France’s Le Monde, Spain’s La Vanguardia, Italy’s La Stampa and Poland’s Polityka, Merkel underscored that the US military presence in central Europe was in its own interests.

“American troops in Germany help to protect not only Germany and the European part of NATO but also the interests of the United States of America,” said the chancellor.

Her comments came as US President Donald Trump confirmed media reports that he wants to pull 9,500 soldiers from Germany, after accusing Berlin of being "delinquent" in its defence spending.

Tump has previously accused the European Union of “ripping off” the US on trade.