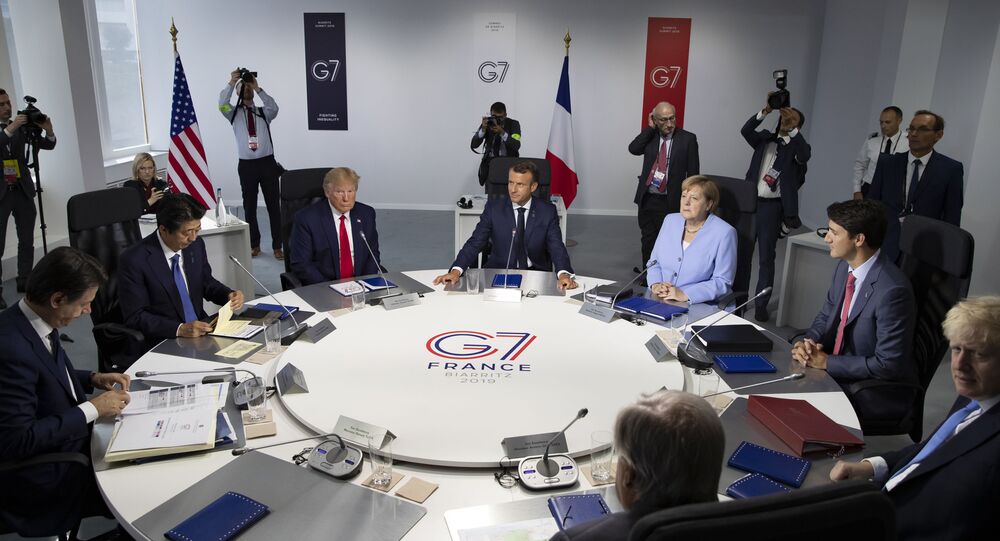 According to the Kyodo report, a high-level government official conveyed Tokyo's objections immediately after this statement.

With the final decision yet to be made by Trump, Japan's objection is likely to upset even further its uneasy relations with South Korea, the outlet suggested. The two countries have had a whole spiral of rows that was triggered by the World War II reparations controversy and effectively spilled into the economic and security realms.

Furthermore, South Korea's participation would mean Japan ceasing to be the group's only Asian member. The group otherwise includes Canada, France, Germany, Italy, the United Kingdom and the United States as well as leaders of the European Union.

The summit was initially scheduled for June, but postponed to September due to the coronavirus.

On 30 May, US President Donald Trump proposed inviting Russia, South Korea, Australia and India to attend the G7 summit where he is going to preside, calling the group "very outdated" and saying that it no longer "properly represents what's going on in the world."