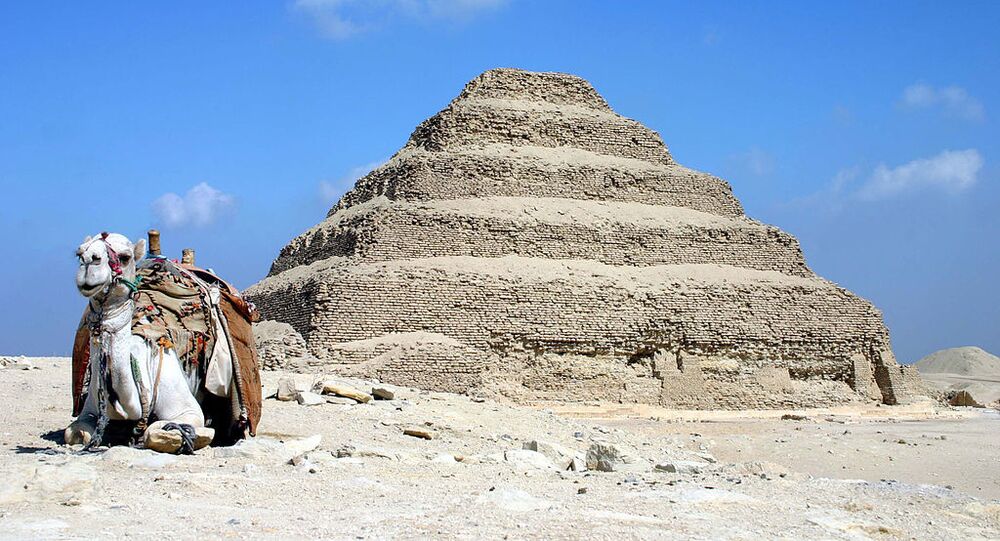 CAIRO (Sputnik) - Egypt will continue striving for the return of ancient monuments and artefacts illegally taken from the country, Egyptian Minister of Antiquities and Tourism Khaled Anani said on Tuesday.

According to the minister, Cairo constantly monitors tenders and auctions held in the world, where archaeological artefacts that were illegally taken from Egypt at different times could be exhibited.

"We constantly return antiquities to Egypt through courts, diplomatic negotiations and private initiatives. We monitor all auctions, and if something is put up for sale, we demand to provide us with a certificate proving that this or that thing was taken out of Egypt legally ... Every item that was smuggled out of Egypt must be returned back. We will continue to seek their return," Anani said.

In July 2019, the London-based Christie's auction house sold a fragment of an ancient stone statue of the pharaoh Tutankhamun worth almost $6 million, despite the protests of Egypt. Before the auction, the Egyptian Foreign Ministry and the Ministry of Antiquities appealed to Christie's, UNESCO and the UK authorities with a request to stop the sale and require documents for the legal possession of the ancient artefact. However, these were not satisfied.

The Egyptian Ministry of Foreign Affairs has previously instructed the country's embassies abroad to carry out work to track ancient artefacts from Egypt and notify Cairo of their appearance, as well as to facilitate the suspension of their sale until the submission of documents confirming their legal export from Egypt.