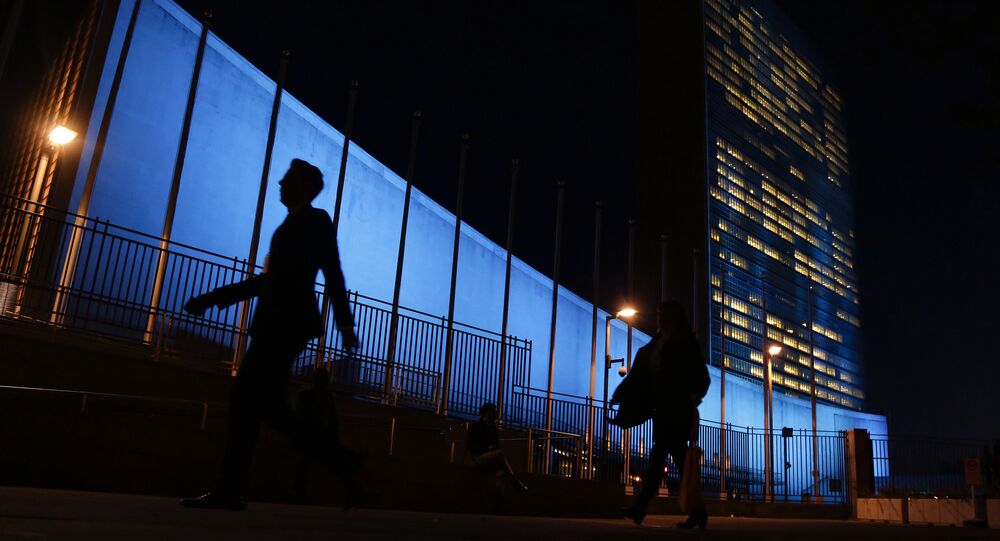 In order to prolong a UN arms embargo against Iran, Washington has argued that it effectively remains a party to the 2015 Joint Comprehensive Plan of Action (JCPOA) nuclear deal, notwithstanding its withdrawal from that agreement in 2018. Foreign diplomats have dismissed the US legal argument as “ridiculous”.

The United States has submitted a draft resolution on the indefinite extension of the 2010 United Nations arms embargo against Iran past its October expiry date to other Security Council members, a Security Council source has confirmed.

According to a copy of the draft resolution seen by Sputnik, the US is calling on the UN body’s members to “prevent the direct or indirect supply, sale, or transfer” of arms and related materials to or from Iran unless explicitly approved to do so by a specially-created Security Council committee 30 days in advance.

Furthermore, the resolution proposes prohibiting countries and companies from the sharing of specialists, information or financial resources which could be used to create weapons, on penalty of asset freezes.

Additionally, the resolution lists a series of recent US claims of Iranian malfeasance, including a UN report accusing Tehran of supplying the weapons used in last year’s Houthi drone strikes on Saudi oil refineries. Tehran has denounced that report and its allegations as “blind, incomprehensible and meaningless”, and accused the UN of giving in to US and Saudi pressure to blame Iran.

Other claims in the resolution include the allegation that Iran was responsible for last year’s oil tanker sabotage attacks, which were preceded by the deployment of a US carrier strike group to the Middle East, as well as the 27 December attack on a US military base in northern Iraq, which the US immediately blamed on Iran, but which Iraqi intelligence has since said was likely carried out by Daesh (ISIS).*

The US submitted its resolution for Security Council review despite signals from Moscow, Beijing, and Europe that the US has no grounds to demand an extension of the Iran arms embargo.

© Sputnik / Nancy Siesel
Russia’s UN Envoy Says US ‘Knocking on Closed Door’ in ‘Ridiculous’ Bid to Extend Iran Arms Embargo
Earlier this month, Russian Foreign Minister Sergegi Lavrov indicated that the implementation of the Iran nuclear deal and the approval of the corresponding UN resolution in 2015 made an extension of the embargo beyond October 18, 2020 a moot point, with “no legal or other reasons to reconsider” the decision. Before that, Vasily Nebenzya, Russia’s permanent ambassador to the UN, called the US’s bid to extend the embargo “ridiculous”, and hinted that Moscow may veto the measure if it were put to a vote.

Chinese Foreign Minister Wang Yi also emphasised that the US is no longer a participant of the JCPOA, and therefore has “no right to demand” Security Council snap-back sanctions.

Josep Borrell, the European Union’s foreign policy chief, similarly insisted that because the US has pulled out of the nuclear agreement, it cannot now “claim that they are still part of the JCPOA” for the purposes of extending the embargo.

Last month, Iranian Foreign Minister Mohammad Javad Zarif slammed the Trump administration’s attempt to save the arms embargo via legalese manoeuvring, quipping that “it is not unexpected of those advising people to drink or inject disinfectants to fight the coronavirus to come forward and say they are still a party to the agreement after officially leaving it”.