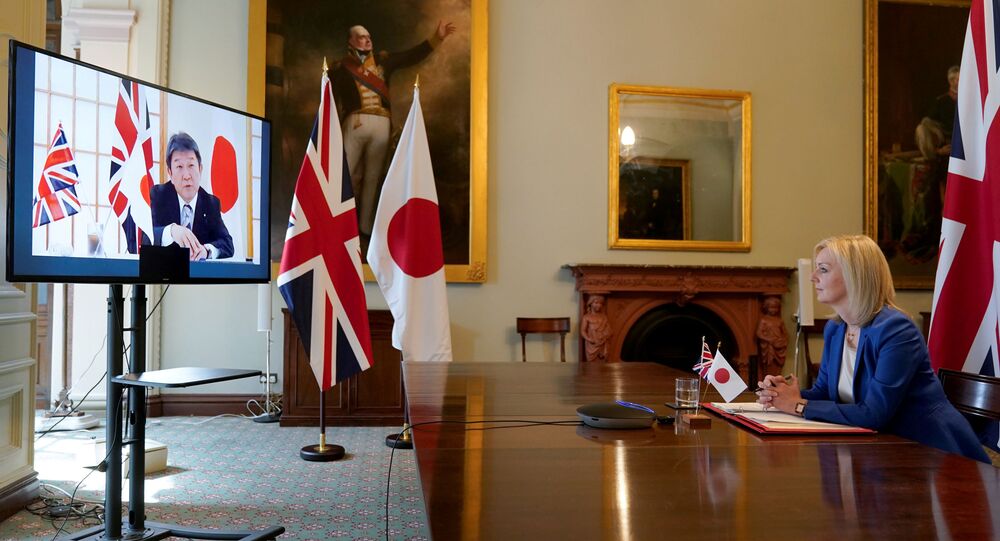 MOSCOW (Sputnik) - Japan wants to seal a post-Brexit trade deal with the United Kingdom within six weeks in order for Tokyo to ratify it this year, chief negotiator Hiroshi Matsuura has said.

"To avoid a gap in January, we must pass this in the autumn session of the Diet [the Japanese parliament]. That means we must complete negotiations by the end of July," Matsuura told Financial Times newspaper in an interview published late Tuesday.

He added that both sides will have to curb their demands on issues such as tariffs and quotas.

At the same, the UK authorities are committed to standing up for the interests of the country's business, including the agriculture sector.

"We will be fighting for British farmers' access to the Japanese market as part of a deal along with ambitious digital and data chapters," a UK Department for International Trade official said as quoted by Financial Times.

The news outlet has noted that the last year's trade deal between Japan and the United States was finalized in September, which did not prevent it from being approved by the Diet by December, indicating certain flexibility of the proposed July deadline.

The trade talks between London and Tokyo began two weeks ago with UK Trade Secretary Liz Truss claiming it to be a 'historic moment."