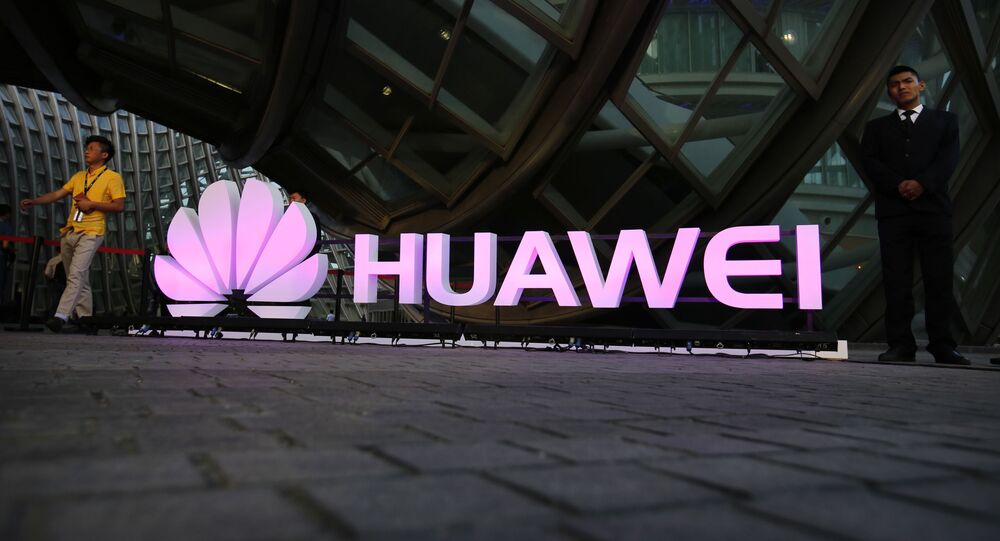 UK on Slippery Slope? US 'Furious' Over Planned Huawei Hub Near Cambridge

Earlier, it was reported by the Sunday Times that Chinese telecoms equipment maker Huawei was expected to receive planning permission for a broadband chip research and development centre in Sawston village, near Cambridge, UK.

Huawei acquired the site in 2018, reportedly seeking to construct offices with an initial capacity of 400 people.

While warning the UK that it is on a “slippery slope” and underscoring yet again Washington’s stance that Huawei is “an extension of the Chinese government”, US under-secretary of state for economic growth Keith Krach urged the British government “to put the whole thing in perspective — aggressive tactics of the Chinese Communist party, because it all starts from there”.

“They are after the people and technology. They want to co-opt the researchers, and talent from one of the most prestigious universities. They want to get their hands on the technology and IP [intellectual property] to take back to China," the senior US official was quoted by the outlet as saying.

Krach strongly cautioned the UK government against the application by the Chinese telecoms giant being approved.

"Their stated playbook is to “seduce with money, and reinforce with intimidation and retaliation’. It’s textbook. Here comes the carrot, here comes the stick. We are really concerned. It is about UK national security,” said the US under-secretary of state for economic growth.

The warning comes ahead of a first phase planning decision on the project, expected on 25 June, with an official at South Cambridgeshire district council having earlier recommended approving Huawei’s application.

According to reports, US Secretary of State Mike Pompeo was “really furious” about the plan to allow the construction to go ahead, while Woody Johnson, the US ambassador to the UK, is expected to raise the issue of the controversial hub with the British government.

Chairman of the Foreign Affairs Committee Tom Tugendhat was cited as having received a call “expressing significant concern from the highest level of the US administration”.

According to reports, some in the US administration are concerned that the hub focusing on chip research could help the embattled Chinese telecom company to dodge another round of American sanctions aimed at banning global sales of American chip technology to Huawei.

© REUTERS / Dado Ruvic
The British flag and a smartphone with a Huawei and 5G network logo are seen on a PC motherboard in this illustration picture taken January 29, 2020.

On 15 May Washington announced that non-US companies will be required to obtain a license if they use American technology to supply Huawei with microchip technology.

At the time, Commerce Secretary Wilbur Ross warned the US would “implement this rule aggressively, and will pursue any attempts to circumvent its controls”.

A source representing Huawei was cited by the outlet as saying the proposed research centre would be developing chips used in broadband – not the silicon chip technology Washington is targeting with its proposed sanctions.

Johnson Under Pressure over Huawei

Boris Johnson was said to have been urged on Monday to intervene on the decision to approve the decision on Huawei’s research centre.

The UK Prime Minister has been under pressure over the controversial decision of the government to grant the Chinese company Huawei a limited role in the rollout of its national 5G infrastructure. Even his own backbenchers have been urging Johnson to set a date for a ban on Huawei in the network.

“We remain clear-eyed about the challenge posed by Huawei. We are considering the impact the US’s additional sanctions against Huawei could have on UK networks,” a government spokesman was quoted as saying.

The world’s top telecoms equipment maker has been denying all allegations against the company, launched since US President Donald Trump extended for another year an executive order signed in May 2019 barring US companies from using telecommunications equipment made by firms deemed a national security risk, placing China’s Huawei on the Entity List.

Washington has long been claiming Huawei equipment could potentially be used to spy on countries at the behest of the Chinese government.

In response, the company has always strongly asserted its independence from state influence and denied being a security threat.

On the issue of the research hub in the UK, Victor Zhang, vice-president of Huawei, said:

“Any suggestion that work at the Cambridge R&D centre would be in contravention of the unjustified US sanctions is simply irresponsible and not true. The centre . . . is unrelated to any recent US actions.”