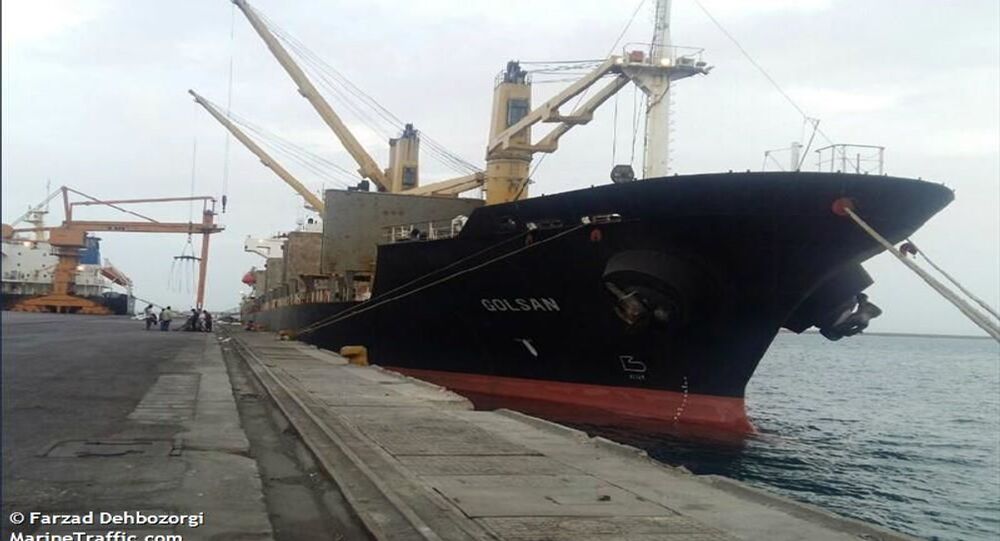 The vessel, one of six Iranian ships sent to the Latin American nation in recent weeks to help relieve fuel shortages and restore Caracas’ oil refining capabilities, is also said to be carrying equipment to help Venezuela tackle the coronavirus crisis.