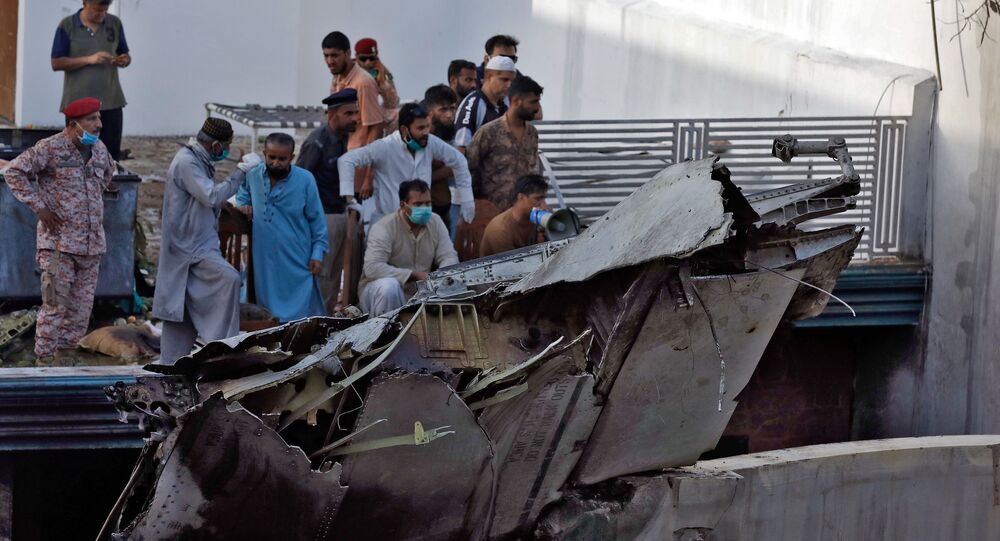 New Delhi (Sputnik): Exactly a month after the worst airline disaster in Pakistan in over a decade, the preliminary investigation report into the crash stated the pilot was “overconfident” and did not follow the procedure leading to the deadly crash.

The provisional inquiry report which was submitted to Prime Minister Imran Khan today held the pilot and air controller responsible for the crash of a Pakistan International Airlines (PIA) plane in which 97 of the 99 people on board died; ARY News reported.

The investigation headed by Air Commodore Mohammad Usman Ghani state that the pilot's negligence led to the crash and that he did not follow the Standard operating procedure (SOP). The air controller was held responsible for allowing the pilot to attempt a second landing after the first failed attempt.

The report is filed on the basis of the pilot’s conversation with the air traffic controller, cockpit voice recorder data and evidence collected from the crash site by the probe team.

On 22 May, Airbus A320 crashed with 99 passengers and crew aboard near the airport in the Pakistani city of Karachi after taking off from Lahore. The plane reportedly made two failed attempts to land and it is suspected that it lost both engines after the first failed landing.

It crashed in the densely populated southern city of Karachi, roughly a kilometre short of the airport runway. A dozen people on the ground were hurt as the crash occurred.