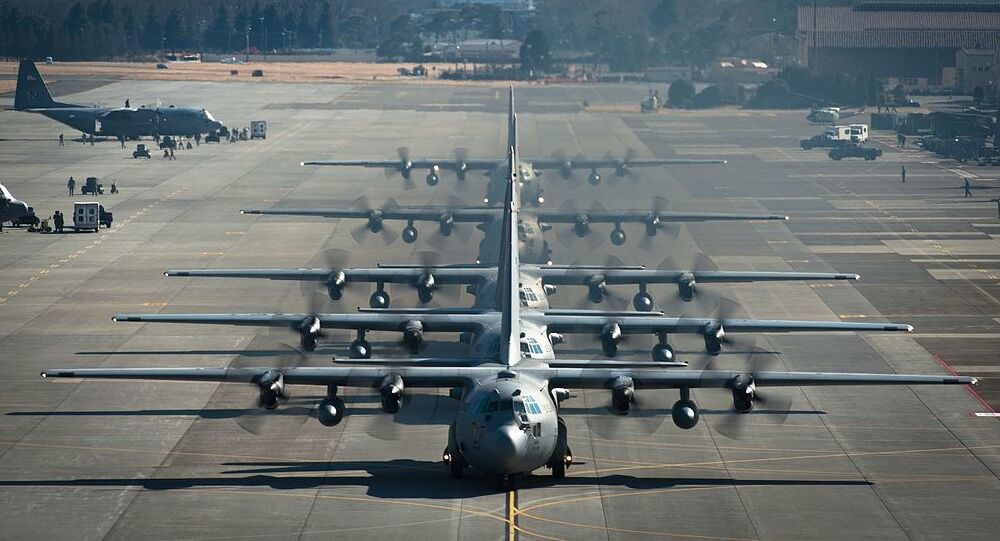 The US military has about 50,000 military personnel and 23 bases in Japan, with 23,500 more troops stationed in South Korea. The Japan deployment includes the US Navy’s Seventh Fleet and its 60-70 ships, 300 aircraft and 40,000 personnel. US troops have been stationed in both countries for nearly three quarters of a century.

US President Donald Trump asked Tokyo to cough up $8 billion per year for costs associated with the stationing of US troops in Japan, on pain of their withdrawal, former national security advisor John Bolton has claimed in his explosive new memoir ‘The Room Where It Happened’.

According to Bolton, he met with his Japanese counterpart Shotaro Yachi in July 2019 to inform him that Trump wanted Tokyo to pay “$8 billion annually” starting in 2020, up from about $2.5 billion the country was supposedly paying at the time. However, according to the Japan Times, Japan allocated the equivalent of $1.8 billion, not $2.5 billion, to host the US troops in 2019.

Trump reportedly calculated the $8 billion figure based on a “cost plus 50 percent” amount, that is the actual full cost of the troops’ deployment, plus a 50 percent 'protection' premium.

Bolton said Trump, a former businessman, believed that threatening to withdraw US troops was the best way to force allies to pay, since it “puts you in a very strong bargaining position.”

Asked to comment on Bolton’s claims on Monday, Japanese Chief Cabinet Secretary Yoshihide Suga denied that Washington asked Tokyo to increase its share of the ‘cost-sharing burden’, saying talks on the issue haven’t begun yet. The two countries are expected to start talks on a new Special Measures Agreement on hosting US troops later this year, with the current one expected to run out in 2021.

In addition to Japan, Trump made demands for more money from South Korea, according to Bolton.

Washington and Seoul are presently engaged in negotiations on a troop hosting cost-sharing agreement, with the US side asking for as much as $5 billion – up from $870 million committed by the South Korean side last year. Bolton claims Trump asked to start renegotiating payments for US protection after North Korea’s missile tests, allegedly saying that “this is a good time to be asking for the money.”

© REUTERS / POOL
Bolton's Memoirs on Korea Are 'Distorted', Seoul Says
According to the former national security advisor, finding out the “real” amount Trump expected to get from the US’s key Asian allies is unclear. “But at least by alerting Japan and South Korea that they had a real issue, I gave them a chance to figure out a response,” he suggested.

Bolton also indicated that he “feared” that “Trump’s ultimate threat – withdrawing our troops from any country not paying what he deemed to be an adequate amount – was real in South Korea’s case,” which prompted him “to develop a strategy other than just refusing to do what Trump wanted.”

Trump’s grievances with US allies’ alleged propensity to get a free ride from their alliance goes back decades. In 1987, he took out full-page ads in The New York Times, the Washington Post and the Boston Globe, saying that if he were president, he’d “make our allies…pay their fair share” for defence.

© REUTERS / JONATHAN ERNST
US Air Force Gen Says Received No Order to Withdraw Troops From Germany Despite Trump's Intention
Last week, the Trump administration announced its plans to bring the number of US troops stationed in Germany down from 34,500 to 25,000, citing Berlin’s “delinquency” on NATO spending obligations. However, lawmakers from both parties have sought to block the administration’s use of federal funds to pull troops out of the central European country, citing the alleged threat to NATO posed by Russia.

Bolton’s new tell-all memoir: ‘The Room Where It Happened’, is expected to hit store shelves on Tuesday. However, media outlets around the world have received advance copies, offering insights into Bolton’s perspective on the Trump administration’s decision-making process. The president has dismissed the memoir, calling Bolton a “washed up” “wacko” and a “liar” who will be made to pay a “big price” for publishing “massive amounts” of classified information. A judge refused to withhold publication of the memoir on national security grounds on Saturday.

Trump fired Bolton in September 2019 amid disagreements on foreign policy, later suggesting that if he had taken his advice, “we would be in World War Six by now.”