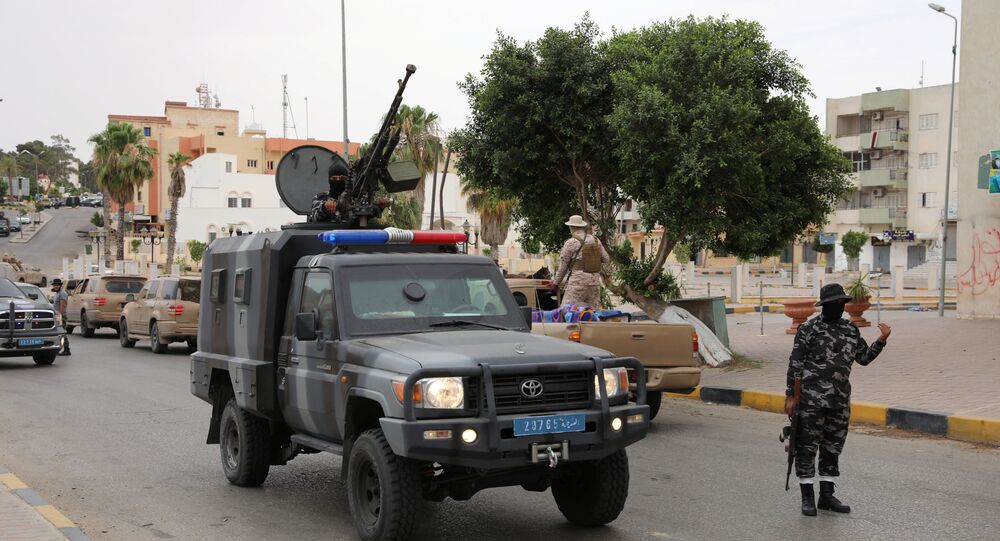 CAIRO (Sputnik) - Libya's Government of National Accord (GNA), one of the country's two rival political administrations, released a statement on Sunday rejecting Egyptian President Abdel Fattah Sisi's offer to provide Libyan tribes with military help and amounting it to a declaration of war.

"The Libyan state recalls that interference in its domestic affairs and attacks on its sovereignty, whether via statements of certain states in media, as in the case with Sisi, or via support of revolutionaries and groupings is rejected, reproached and considered an aggressive and rude intervention and amounts as well to the declaration of war," the GNA press service said a statement obtained by Sputnik.

In its statement, the GNA established itself as the only legitimate representative of the Libyan state with the exclusive authority to "determine the form and type of agreements and alliances."

On Saturday, Sisi said that Egypt had an internationally legitimate right to intervene in Libya and told the army to be prepared to fight abroad, should the need arise. The Egyptian president also said that the Libyan east-based House of Representatives was the only legitimately elected one among Libya's power entities and offered to help Libyan tribes resist foreign intervention by training and equipping them.

The UN-backed Libyan government further called upon the international community to take responsibility for the present escalation, warning that any interference in Libya's domestic affairs would lead to "unprecedented destabilization of the region."

Since the onset of Libya's political disarray in 2011, the GNA has established itself as the power pole in the country's west with the centre in Tripoli, while the rival Libyan National Army (LNA) took control over the east with the centre in Tobruk, where the House of Representatives has also settled.

On 6 June, Sisi had a meeting with LNA commander Khalifa Haftar, and, following the meeting, announced the so-called Cairo Initiative which set conditions of a political settlement and stipulated that Libyan warring parties ceasefire on 8 June. The initiative was supported by Russia, the United States and several Arab states, including Saudi Arabia and the United Arab Emirates, while Turkey and the GNA rejected it.