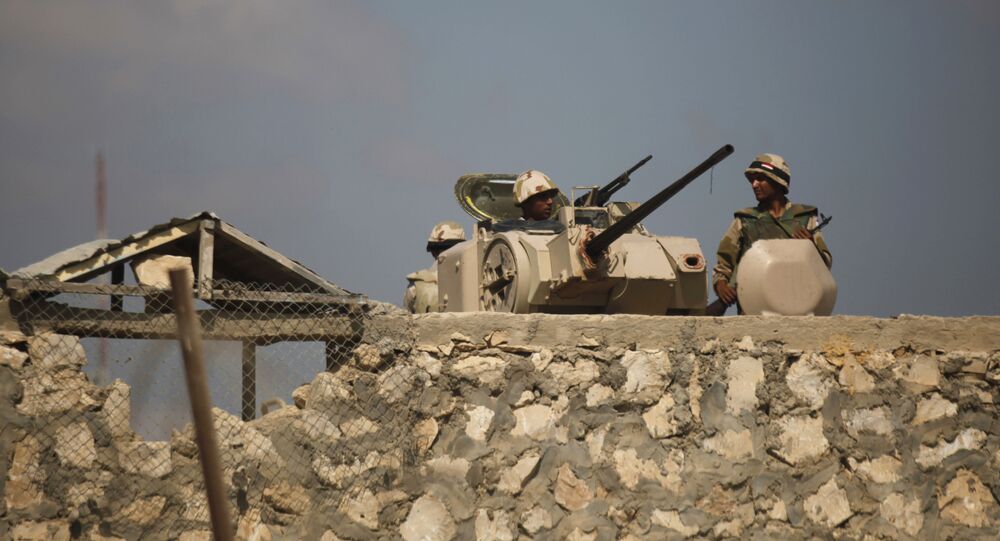 Egypt's President Tells Troops to Be Ready to Fight Abroad

CAIRO (Sputnik) - Egyptian President Abdel Fattah Sisi carried out an inspection of troops in the country's western military district on the border with Libya on Saturday during which he said that the military must be ready to operate both inside the country and outside of it, should the need arise.

"Be prepared to carry out any task within the borders of Egypt or outside of them, if necessary," Sisi said, adding that the Egyptian army, being one of the strongest in the region, "protects, not threatens."

The Egyptian president commended the army for good technical equipment and combatant preparedness.

The inspection was attended by the army's commander-in-chief, the chief of general staff and other military officials. Sisi's address to the troops was broadcast on national television.

On 6 June, Sisi had a meeting with Libya's Khalifa Haftar, one of the two rival political leaders in that country which have waged a civil conflict since the fall of Muammar Gaddafi in 2011. Following the meeting, the Egyptian president announced the so-called Cairo Initiative which outlined conditions of a political settlement in Libya and stipulated that warring parties ceasefire on 8 June. The initiative was supported by Russia, the United States and several Arab states, including Saudi Arabia and the United Arab Emirates, while Turkey and the rival Libyan administration, the UN-backed Government of National Accord of Fayez Sarraj, rejected it.