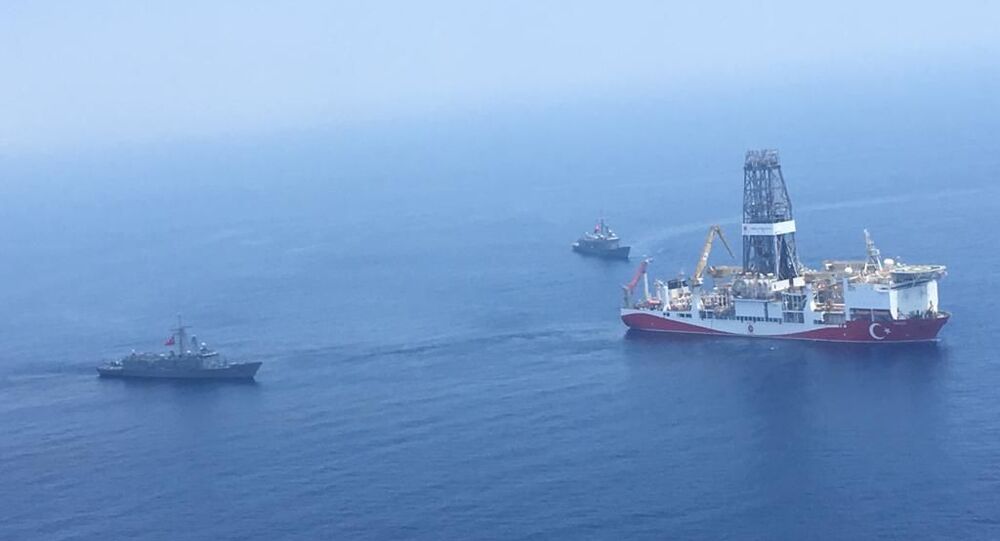 Already tense relations between the two countries have been further strained by border tensions and Ankara’s oil and gas exploration plans in the Mediterranean Sea. Earlier this month, Greece’s defence minister warned that Athens would be prepared to defend itself against an “aggressive” Turkey by any means necessary.

Turkey remains ready for new talks with its Greek counterparts on the normalization of relations in the Mediterranean, but the Greek side has resisted such efforts, Turkish Foreign Minister Mevlut Cavusoglu has suggested.

“Unfortunately, until recently, the priority was a plan on how to isolate and retrain Turkey in its actions in the region, to hold it in line. Our warnings were not taken seriously,” Cavusoglu said, answering a question by Sputnik Turkey at the ReTurkey forum.

“Without Turkey’s participation, it is impossible to implement a single plan in the eastern Mediterranean. It will not work. We were not able to convey this in words, so now we demonstrate it by actions – with the help of our exploration drilling ships, and agreements,” the foreign minister added, recalling Mediterranean drilling activities which Greece recently termed a “provocation.”

“Now we have taken this step, but do we want to act unilaterally? No. We are ready for dialogue with everyone, especially Greece,” Cavusoglu stressed. According to the senior diplomat, President Recep Tayyip Erdogan discussed with Greek Prime Minister Kyriakos Mitsotakis last year the need to resolve issues and establish cooperation between the two countries in the eastern Mediterranean and the Aegean.

“He entrusted this to us. Then in Geneva [the Greek side] told me the following: ‘We are not ready for this. There is powerful public pressure in Greece against cooperation with Turkey’,” Cavusoglu said. “Why do you want to isolate Turkey? Why don’t you consider the rights of the Turkish population in Cyprus? We are ready to cooperate with those countries with whom we have relatively bad relations. We have to learn to share.”

© AP Photo / Lefteris Pitarakis
In this Thursday, June 20, 2019 file photo, Turkey's 230-meter (750-foot) drillship 'Yavuz' escorted by a Turkish Navy vessel, crosses the Marmara Sea on its way to the Mediterranean, from the port of Dilovasi, outside Istanbul

Greece Warns Its Ready for Anything in Med Dispute

© AFP 2021 / JACK GUEZ
NATO to Probe Incident of Turkey Preventing French Ships From Checking Cargo of Libya-Bound Vessel
Cavusoglu’s remarks come in the wake of escalating tensions between the two NATO powers over Turkey’s plans to drill for gas in contested waters in the Mediterranean. Last week, the US expressed its “deep concern” over the plans, and called on Turkish authorities “to halt all drilling operations” in the area immediately.

Before that, Greek Defence Minister Nikos Panagiotopoulos warned that Athens may have to resort to the military to protect its rights after exhausting all diplomatic options over Turkey’s “illegal” plans. “We do not want [a military conflict] to happen. However, we are making it clear toward all directions that we will do what it takes to defend our sovereign rights to the greatest extent,” Panagiotopoulos said, speaking to Greek television.

Last week, Prime Minister Mitsotakis confirmed his readiness to discuss maritime zones delimitations with Ankara, and to take the issue to the International Court of Justice in The Hague if necessary.

The hydrocarbon issue is one of a number of disagreements between Turkey and Greece, with others including migrants, Turkey’s military support for the Tripoli government in Libya, Cyprus, and a separate, decades’ old territorial dispute over boundaries in the Aegean Sea.