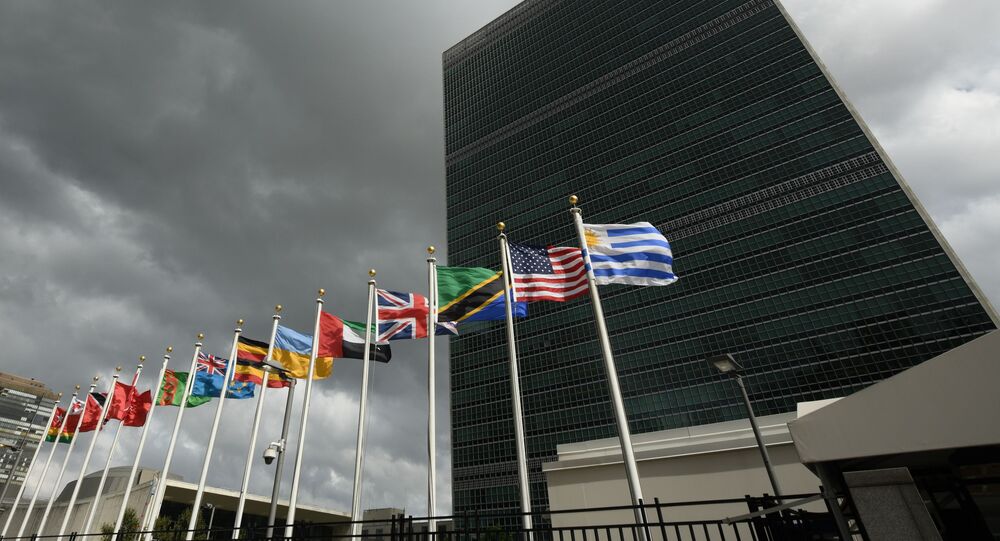 Mike Pompeo Lashes out at UN for Vote on Race, Policing, Calls It 'Hypocrisy'

The UN Human Rights Council announced an urgent session on racism and police brutality earlier this week, after the US was hit by mass protests following the death of African American George Floyd in Minneapolis police custody.

US Secretary of State Mike Pompeo slammed the United Nations for its "hypocrisy" on Saturday, criticising the recently-announced vote on race and police brutality.

"The council's decision to vote yesterday on a resolution focusing on policing and race in the US marks a new low", Pompeo said, noting that the UN Human Rights Council should be focusing on racial disparities in its member countries such as Venezuela, Cuba and China.

Americans work through difficult societal problems openly, knowing their freedoms are protected by the Constitution and a strong rule of law.

​Protests and riots, with multiple cases of vandalism and looting, have engulfed the country after the death of African American George Floyd. A video, depicting his arrest, shows white officer Derek Chauvin kneeling on Floyd's neck for over eight minutes, while Floyd begs him to stop, saying he can't breathe.

After the incident, Chauvin and three other officers were arrested and charged, while Minneapolis city council pledged to disband the city police department in a bid to create some new law enforcement system.

In the meantime, US President Donald Trump has announced the signing of an executive order, aimed at introducing a police reform bill to prevent cases like Floyd's death. It stipulates a ban on the use of chokeholds by police unless an officer's life is in danger, and the development of new advanced and less-lethal weapons for police to prevent fatal "interactions".