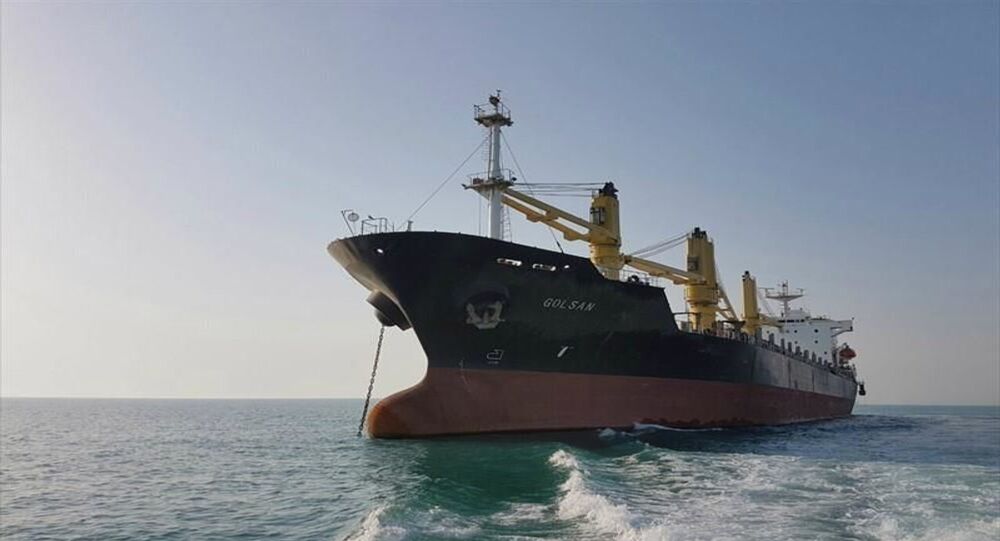 Iran delivered five tankers’ worth of fuel to the struggling Latin American nation last month. Last week, Iranian media reported that the country’s navy had prepared to repel any potential attacks against its tankers with the tit-for-tat targeting of US commercial vessels in the Persian Gulf.

The Golsan, an Iranian-flagged general purpose cargo ship, is making its way toward Venezuela, and is expected to reach the country by Sunday or Monday, The Washington Post has reported, citing an analyst said to be familiar with the situation.

According to MarineTraffic, as of this writing, the Golsan is sailing between the Caribbean islands of St. Vincent and the Grenadines and Barbados, and is about 300 km from Venezuela’s territorial waters. The Golsan left its home port of Shahid Rajaei on May 17.

Iran delivered an estimated 1.5 million barrels’ worth of gasoline to Venezuela aboard five tankers last month, with the first of the ships, the Fortune, arriving in the Venezuelan port of El Palito on 27 May. The US responded to the move with new sanctions threats and even considered intercepting the ships to prevent them from reaching Venezuelan waters. Iran warned that it would respond militarily if its ships were threatened in any way.

Venezuela has the world’s largest oil reserves, and the capacity to refine some 1.3 million barrels of oil per day. However, over the past year-and-a-half, the country’s oil sector has been hit by crushing US sanctions, which have crippled production capability, caused shortages of spare parts and skilled labour, and resulted in severe shortages of gasoline throughout the country. Iran’s fuel shipments were designed to address the shortages, and to help the state recover some of its refining capability. According to Reuters, Iran is expected to continue to ship fuel to Venezuela on a monthly basis until the country’s production capacity recovers.

The US slapped sanctions on Venezuelan state oil giant PDVSA in early 2019, after recognising self-proclaimed ‘interim president’ Juan Guaido as the country’s legitimate leader. President Nicolas Maduro slammed that decision, and accused the US and its allies of attempting to stage a coup d’état against Venezuela’s democratically-elected government.