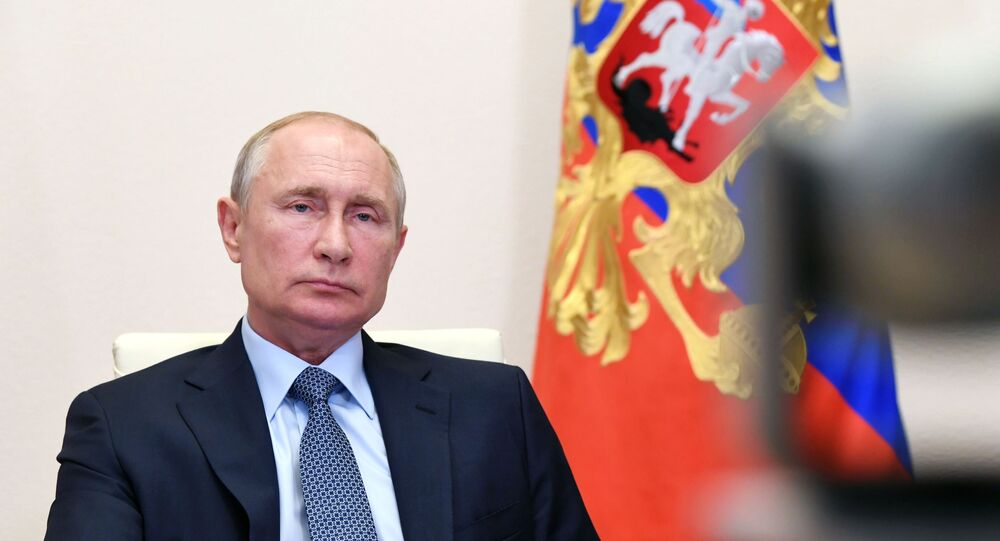 Vladimir Putin’s article, which is timed to coincide with the 75th anniversary of the victory over Nazi Germany, was published on the Kremlin's website this week. It has also appeared in a US magazine as part of the effort to steer American foreign policy toward a more realist worldview, according to the publishers.

Britain’s foreign ministry appeared to agree with several points Russian President Vladimir Putin made in his new article on the legacy of World War II.

A spokesperson for the Foreign Office said in a statement that “our shared history should not be used as a political instrument or re-written” by governments in their own interests.

The spokesperson noted that it was the courage and sacrifices of the USSR, the United States, the United Kingdom and all their allies that led to the “defeat of the Nazi regime”.

Vladimir Putin has penned an article outlining his views on the origins of the Second World War and rejecting attempts to blame the outbreak of the conflict on the Soviet Union. An English translation appeared in the magazine The National Interest this week.

The magazine’s editor, Jacob Heilbrunn, explained that the idea of the publication was to trigger “more debate about the past and the present” and steer American policy toward a more realist viewpoint.

In September 2019, the European Parliament adopted a resolution blaming the outbreak of the war in part on the Molotov-Ribbentrop Pact, a non-aggression pact signed by Nazi Germany and the Soviet Union. Putin at the time described the resolution, which was backed by Polish MEPs, as “complete nonsense”, and a diplomatic feud ensued between the Polish and Russian leadership over the origins of the war.