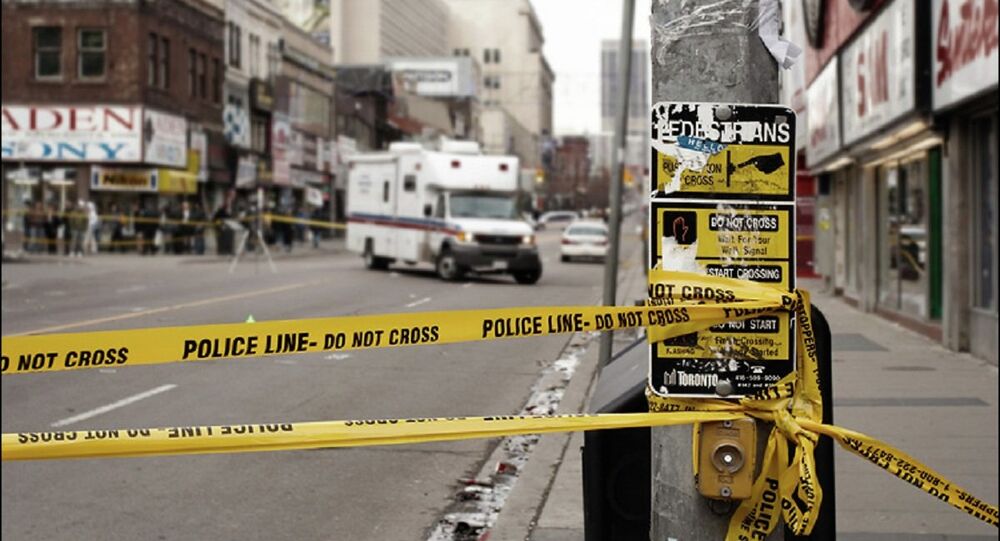 Police have responded to calls about multiple shots fired on St. Clarens Ave in Toronto, followed by reports of multiple victims, law enforcement said in a statement.

According to the statement, one person succumbed to their injuries, while two men were "fleeing in a 4 door sedan (possible suspects involved)".

Police have closed St. Clair Avenue W from Lansdowne Avenue to Dufferin Street, with a heavy police presence at the site, the statement reads.

An alleged video from the shooting scene has been published online.

In May, Canada’s Prime Minister Justin Trudeau announced that his government is banning 1,500 types of assault weapons effective immediately.

The move by the Trudeau government followed the deadliest mass shooting in Canadian history, which left 22 victims dead. Some of the weapons used by the assailant, identified as Gabriel Wortman, are now classified as prohibited, according to Public Safety Minister Bill Blair. However, the Royal Canadian Mounted Police (RCMP) have said that most of the weapons used in the deadly rampage were acquired illegally in the United States.