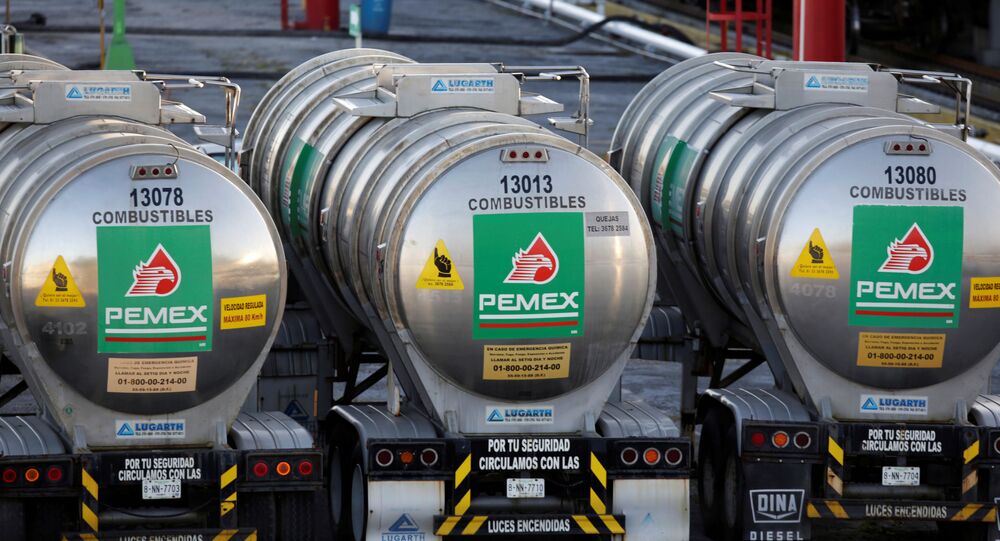 The US Treasury Department said the firms helped Caracas to evade economic sanctions and assisted in the sale of Venezuelan oil. "The illegitimate Maduro regime created a secret network to evade sanctions, which Treasury has now exposed", claimed Deputy Secretary Justin G. Muzinich.

The United States has imposed sanctions on Mexican companies and individuals linked to Venezuela as part of its campaign to pressure the country’s President Nicolas Maduro.

The Treasury Department claimed that the Mexico-based Libre Abordo and the Schlager Business Group have been reselling of millions of barrels of Venezuelan oil on Asian markets, after signing agreements with the Maduro government. The deals are reportedly framed as an oil-for-food accord, a process exempt from US sanctions.

The move comes three days after Mexico’s President Andres Manuel Lopez Obrador said he would sell gasoline to Caracas for humanitarian reasons if he was asked to by the Maduro government.

In February, Bloomberg reported that the Trump administration had renewed its efforts to oust Nicolas Maduro, whom it considers to be an illegitimate leader. The outlet said that Washington intends to drive out the protégé of late President Hugo Chavez through a power sharing system.

The United States and several major European companies including Britain, Germany, France, Spain do not recognize Nicolas Maduro and his government, considering it to be illegitimate following the 2018 presidential election, which many claim was fraudulent. Maduro claims that the Trump administration is trying to topple him to gain control of the country’s vast oil reserves.

The Trump administration and their allies back Venezuela’s opposition leader Juan Guaido, recognized as an interim president. Last year, together with several military officers, Guaido launched a coup which was at the time condemned by Russia. Moscow, China, Turkey have issued support for Maduro and denounced the failed coup.

Mexico has remained neutral on the issue. In a recent statement about providing aide to Venezuela, Mexican President Andres Manuel Lopez Obrador said: "We make our own decisions and do not mess with the policies of other countries".