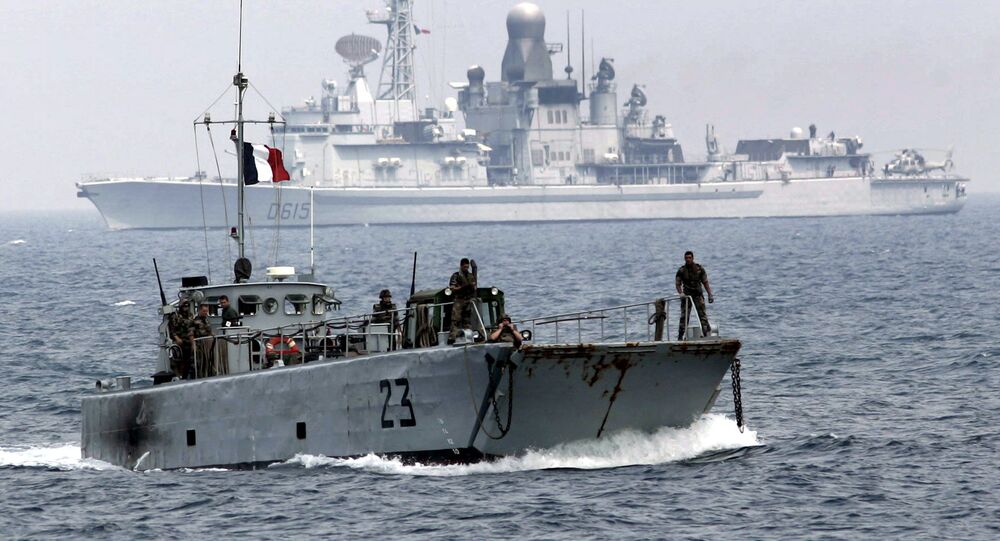 Turkey Brushes Off France's 'Groundless Allegations' of Aggression in Mediterranean

The French Foreign Ministry on 17 June accused Turkey's navy of hostile actions towards its NATO allies to prevent them from imposing a United Nations arms embargo on Libya.

Turkey has brushed off France's "groundless and deliberate allegations" of "aggressive" action by Turkish frigates against a French Navy vessel taking part in a NATO mission in the Mediterranean.

The statement comes after the French Defence Ministry denounced the frigates' action as "unacceptable by an ally".

A spokesperson for the French Foreign Ministry said that the main obstacle to establishing peace in Libya is the systematic violation of the UN arms embargo, in particular by Turkey.

© AP Photo / Vadim Ghirda
Turkish Military Conducts Large-Scale Air, Naval Drills in Mediterranean
Over the past few weeks, France has been working on resuming talks for a quick ceasefire under the auspices of the UN and within the framework established in Berlin, according to the spokesman.

The ministry spokesman also urged Turkey to stop these activities, adding that any other foreign interference in the conflict must stop.

In January, the international conference on Libyan reconciliation in Berlin urged all countries involved to refrain from assisting the rival parties and observe an arms embargo on Libya.