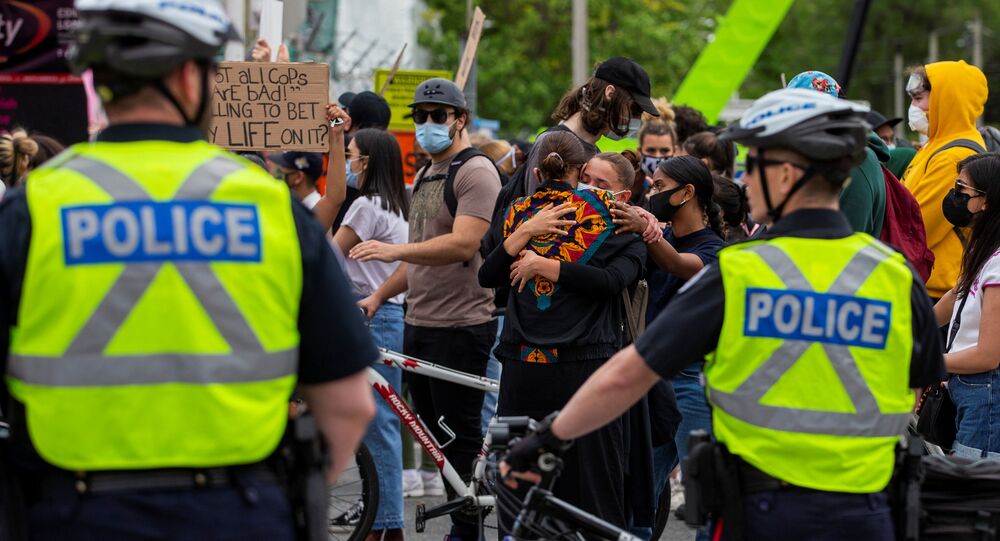 TORONTO (Sputnik) - Canadians’ faith in law enforcement has decreased amid the Black Lives Matter protests that swept Canada and much of the Western world, a Leger and Association for Canadian Studies poll revealed.

The survey found that 70 percent of Canadians, including 72 percent of Caucasian respondents and 65 percent of racialized Canadians, trust police services, an 11 percent decrease from the May 4 poll results.

In addition, 75 percent of respondents said they feel safe during interactions with police officers, while 17 percent said otherwise, according to the findings released on Tuesday.

By contrast, the poll found that only 60 percent of Americans, including only 44 percent of minority respondents, expressed confidence in law enforcement.

While the conversations about racial bias in policing were initially spurred by the death of George Floyd in police custody in Minneapolis, Minnesota, Canadian activists have also cited ongoing anti-black and anti-indigenous racism at the hands of police north of the border as well.

In recent weeks, videos, including one that shows Royal Canadian Mounted Police officers striking and putting Athabasca Chipewyan First Nation Chief Allan Adam in a chokehold following a traffic stop for expired plates in Fort McMurray, have been used to highlight wrongdoing against racialized Canadians by law enforcement.