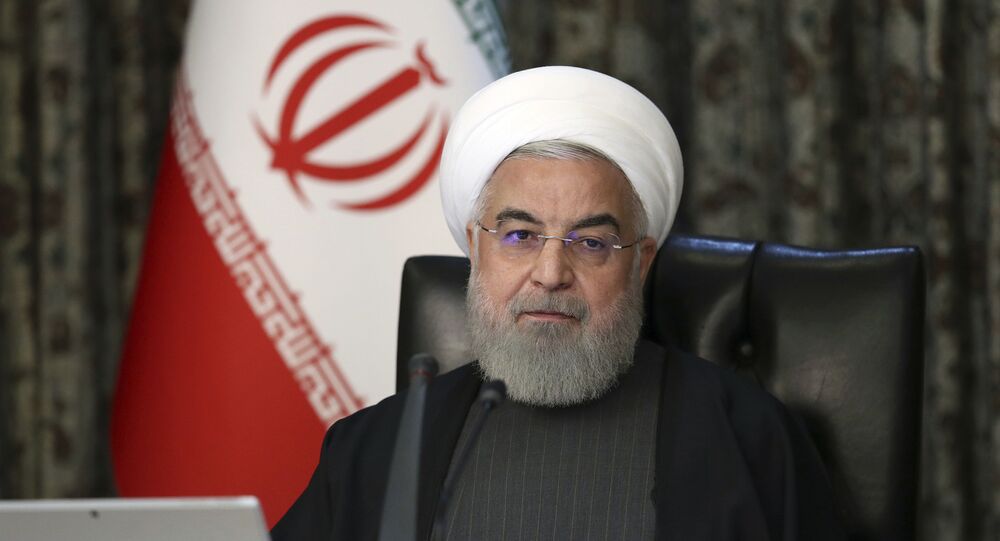 MOSCOW (Sputnik) - Iranian President Hassan Rouhani called on South Korea on Friday to release billions of dollars of Iran's oil-export revenue that was blocked by Korean banks after Washington imposed sanctions on Tehran, the presidential press service said in a statement, adding that the frozen funds were needed to counter the COVID-19 pandemic.

Rouhani held a telephone conversation with the head of the Central Bank of Iran (CBI), Abdolnaser Hemmati, urging him to pursue the case of freeing the Iranian assets.

"South Korea's ban on Iran's use of central bank resources to buy basic goods, medicine, and humanitarian items is not acceptable whatsoever, and we expect the South Korean government to lift this restriction as soon as possible", Rouhani said, as quoted by the statement.

The president also told Hemmati and the Iranian Foreign Ministry that the issue should be addressed through bilateral political and legal channels, as well as financial institutions and international forums.

The CBI governor urged South Korean banks earlier this week to release Iran’s oil money frozen under US pressure, saying that Tehran had a right to take legal action under international law.

Rouhani did not specify the amount of frozen funds, however, according to the Iranian Foreign Ministry, about $7 billion were blocked in South Korean banks.

In December, the Iranian Foreign Ministry summoned the South Korean ambassador to demand payment of over $6 billion for oil it sold to Seoul.