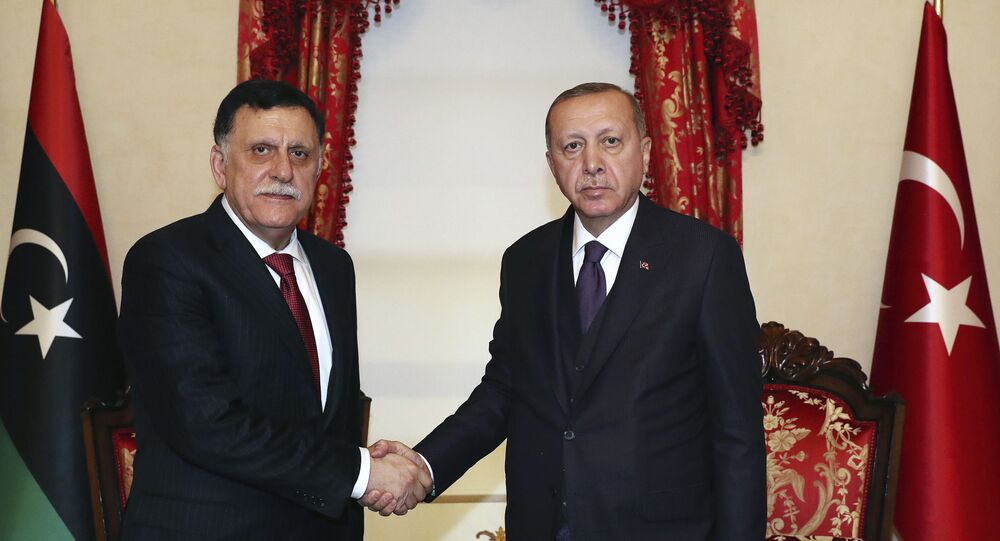 ANKARA (Sputnik) - Turkey is planning to establish two permanent military bases in Libya as part of its continued support for the UN-backed Government of National Accord (GNA), the Turkish newspaper Yeni Safak reported on Friday, citing military sources.

According to the newspaper, Libya’s GNA is considering giving the Turkish military use of the recently recaptured Al-Watiya Air Base for the stationing of air defence systems and combat drones. GNA forces recaptured the base from the rival Libyan National Army (LNA) on 18 May. The second base will reportedly be established in the port of Misrata for Turkish naval vessels.

Ankara may become a co-owner of offshore oil companies that are based in Libya’s exclusive economic zone, meaning that Turkish warships will be necessary to monitor drilling operations, the newspaper reported. Turkey also believes that the ongoing tensions with Greece make it necessary for warships to be deployed in the region.

Turkey has provided extensive military support to the GNA since a request was made for assistance in late 2019. The GNA forces have made significant gains during a counteroffensive on the outskirts of Tripoli, reclaiming territory from the LNA in recent weeks.

UN-led talks aimed at reaching a ceasefire in Libya resumed this week as GNA and LNA military officials convened for a video conference in the 5+5 format after a hiatus caused by the escalation of violence in the country and the global coronavirus disease pandemic.