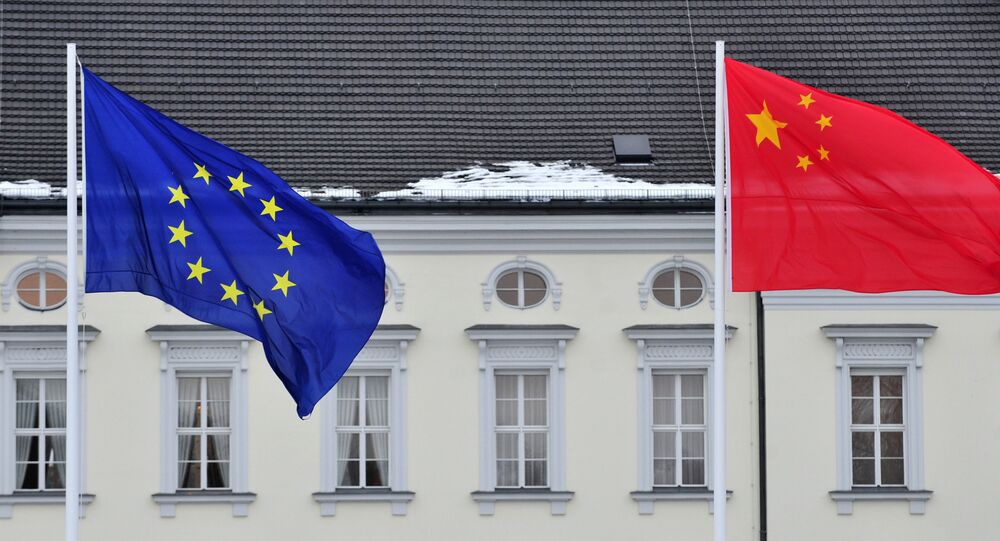 The EU, unlike the US, earlier stopped short of promising to take any action against Beijing over its decision to introduce a new piece of legislation in Hong Kong. The law would ban activities directed at dividing China.

EU Foreign policy chief, Josep Borrell has stated that the EU is not going to launch a "cold war" with China, noting that Beijing has been notified about Brussels’ position.

"I told [Chinese Foreign Minister Wang Yi]: 'Don't worry, Europe is not going to embark on any kind of Cold War with China'", Borrell said.

Borrell's statement comes as Brussels and Beijing are preparing for an upcoming EU-China summit amid tensions between the two over governments in Europe accusing China of purportedly spreading disinformation about the coronavirus pandemic. Beijing strongly denies such allegations.

In May, the EU's top diplomat admitted that Brussels faced pressure to choose sides in the growing tensions between the US and China, but stated that the bloc intends to "follow our own interests" instead and avoid "being instrumentalised" by any of the sides.

© CC BY 2.0 / Fabrice Debatty/Friends of Europe / 45821
'A Strong Sino-European Partnership is in the Interests of Both the EU and China' - Scholar

Relations between the EU and China have also recently been shadowed by Beijing's decision to implement a new piece of legislation in Hong Kong and Brussels' criticism of it. Borell said that the law, which bans treason and other subversive actions that could divide China, was of "grave concern" for the EU and that it was not "in conformity" with China's commitment to maintain the territory's autonomy. Still, the EU stopped short of promising retaliation over the law, unlike the US, which harshly condemned the Chinese initiative.