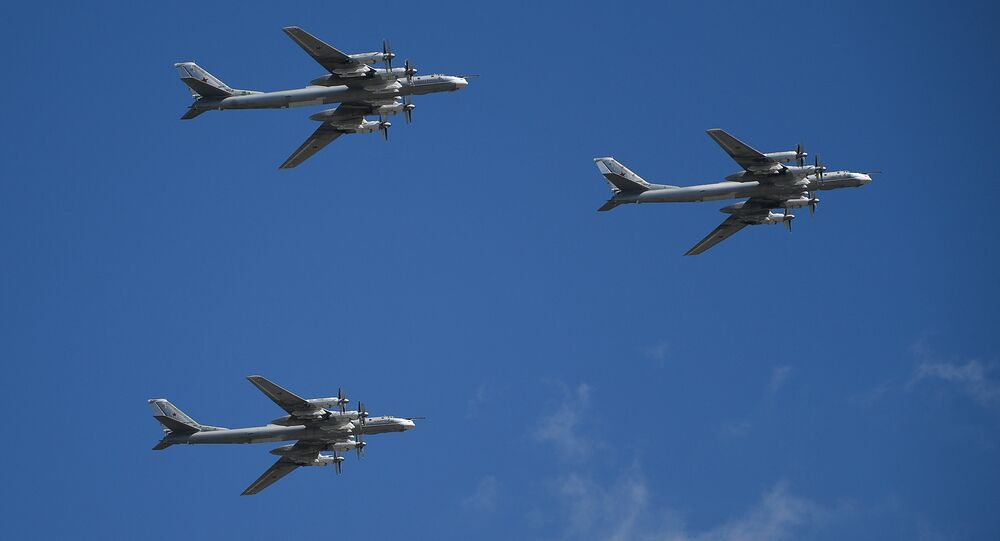 MOSCOW (Sputnik) - US Air Force F-22 fighters were scrambled to escort Russian Tu-95MS strategic missile-carrying bombers during their flight over neutral waters near the Russian-US border, the Russian Defence Ministry said on Wednesday.

"Four strategic Tu-95MS missile carriers of the Russian Aerospace Forces' long-range aviation conducted a planned flight over the neutral waters of the Chukchi Sea, the Bering Sea, the Sea of Okhotsk, and the northern part of the Pacific Ocean ... At certain stages of the flight, the Russian planes were escorted by US Air Force F-22 fighters", the Russian Defence Ministry said in a statement, adding that the flight lasted 11 hours.

In May, US strategic bombers conducted five flights along the Russian border, the ministry recalled.

Several reconnaissance planes were also spotted near Russia's borders with the Baltic States in April, while another US aircraft conducted a mission near a Russian military base in Syria in May.