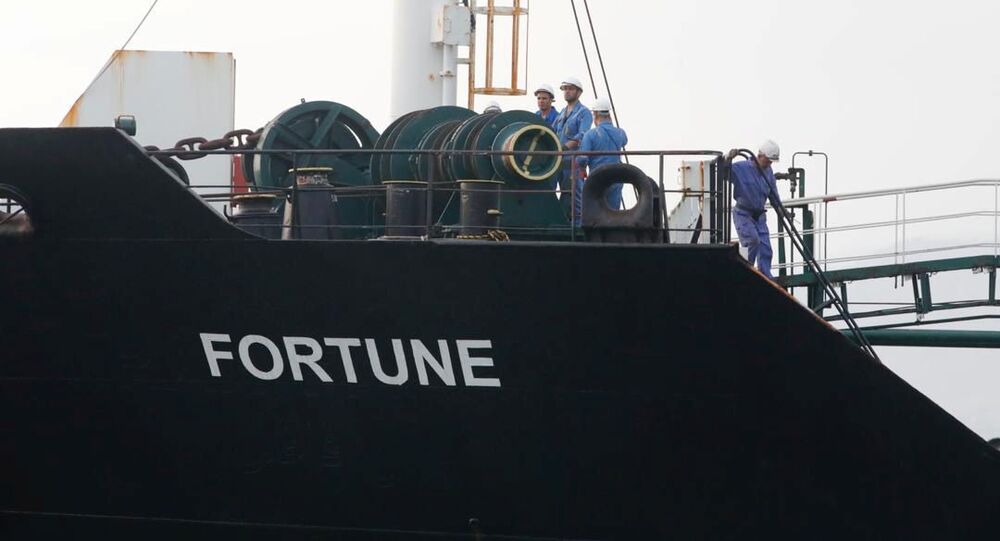 WASHINGTON (Sputnik) - The United States is planning to designate a number of tankers that facilitate the oil trade between Iran and Venezuela, the Wall Street Journal reported on Tuesday.

The US Treasury Department’s Office of Foreign Assets Control (OFAC) wants to add up to 50 tankers to its blacklist for cooperation with Venezuela’s President Nicholas Maduro, the report said, citing a source familiar with the matter.

Last week, the United States imposed Venezuela-related sanctions against four entities and four oil tanker sailing under the flags of Panama, Bahamas and the Marshall Islands.

Five Iranian tankers have shipped oil to Venezuela in recent weeks, but these deliveries were only a diplomatic gesture, the report said.

The additional sanctioning of tankers will mark a dramatic expansion of the United States’ effort to interrupt trade between Iran and Venezuela, the report added.

Richard Drew
American Oil Company Chevron's Crude Cargo Gets Embroiled In US Anti-Venezuela Sanctions
US Special Representative for Iran Brian Hook recently said that the United States de-flagged some 150 Iranian tankers and promised to continue doing so in the future.

Iran sent earlier this month a flotilla of five tankers to Venezuela and promised more supplies if requested. All ships received a military escort after the United States said it was considering options for responding to deliveries, which violate Washington’s sanctions imposed on both countries.