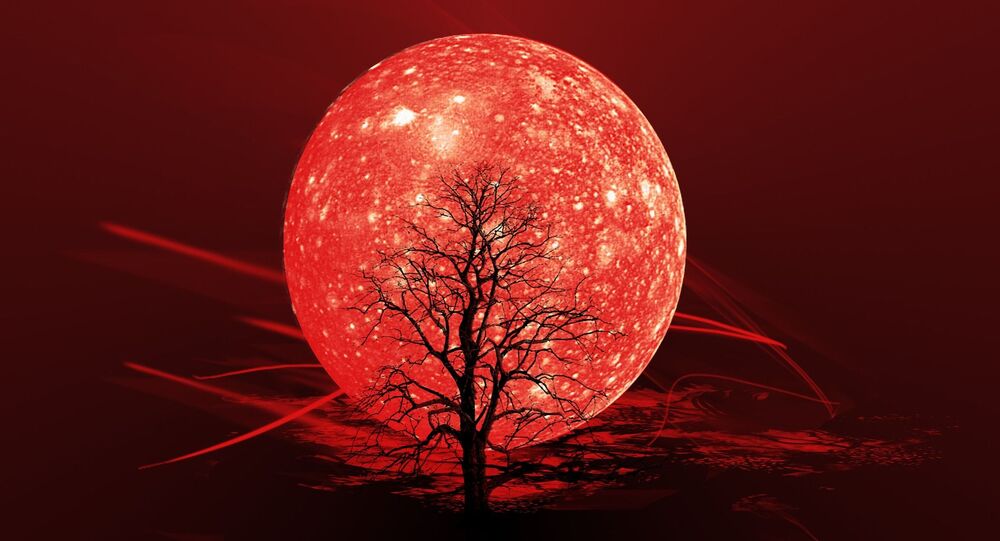 On Friday, people across most parts of the world will be able to witness a “Strawberry Moon.” This full moon will bring about a partial penumbral eclipse - when the moon passes through Earth's outer shadow.

This Strawberry Moon will be much dimmer than the recent series of supermoons, not because the moon will be farther away from the Earth, but because it will pass through part of the Earth’s shadow to create a lunar eclipse, Accuweather reported. This makes it the first full moon of summer, which began on June 1.

The Strawberry Moon was officially 100% full at 3:12 p.m. EDT on Friday, but it will appear full as it rises on Friday evening until it sets early on Saturday. The eclipse will be visible in Asia, Australia, Europe and Africa. Most people in the United States won't see it but can still watch the event via live stream.

In a statement regarding the event, NASA writes that for most Americans, during the eclipse, the moon will not be visible in the sky, but it will appear full for about three days, from early Thursday morning into early Sunday morning. The June full moon also happens to be the last one of spring, an occurrence that was named Strawberry Moon by the Algonquin people.

According to the space agency, the Maine Farmer's Almanac first published Native American names for the full moons in the 1930s.

“According to this Almanac, as the full Moon in June and the last full Moon of spring, the Algonquin tribes called this the Strawberry Moon. The name comes from the relatively short season for harvesting strawberries in the north-eastern United States.”

That this Strawberry Moon will also have a pinkish hue thanks to the partial eclipse is pleasant serendipity!

NASA added in its release that although the partial penumbral eclipse won't have any major influence on Earth, it could potentially affect some spacecraft.

"For spacecraft at the moon such as the Lunar Reconnaissance Orbiter, the reduction in solar power is noticeable," the agency wrote in the statement.