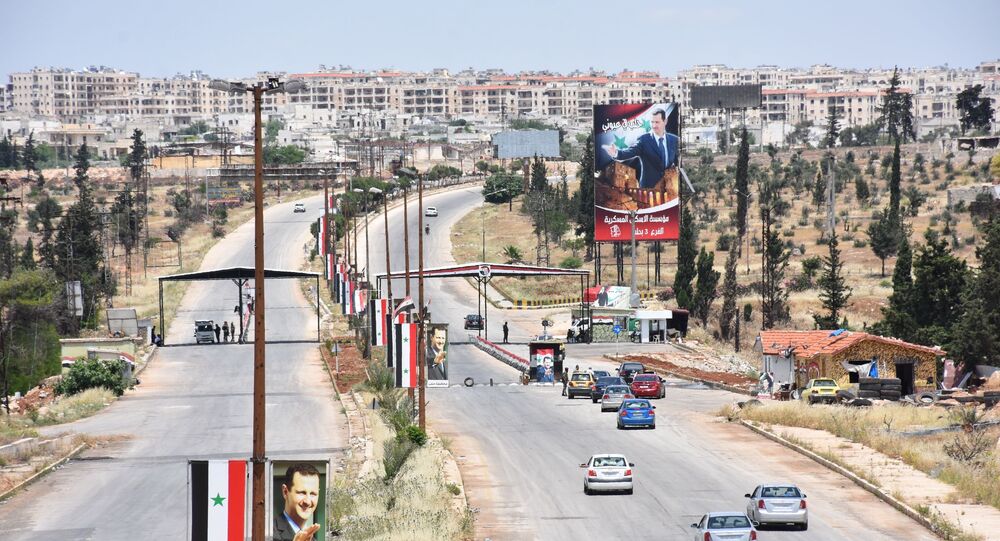 TEHRAN (Sputnik) – Ordinary Syrians are the ones who are most deeply harmed by the "illegal and inhumane" sanctions administered by the United States and the European Union against Damascus, Iranian Foreign Ministry spokesman Abbas Mousavi said on Friday.

"The most negative consequences of the sanctions will be on the Syrian people and ordinary citizens," Mousavi said, as quoted by the official Tehran-based IRNA news agency.

Mousavi called on the US and the EU to lift all restrictions against Damascus and also expressed Iran’s support for the Syrian government and people.

On 28 May, the EU Council extended restrictions against the Syrian government for one year until June 1, 2021. Following the move, the Syrian Foreign Ministry said that the EU sanctions against Damascus were "a blatant violation" of human rights and humanitarian international law.

Sanctions against Syria were initially introduced back in 2011, and since then, the list of restrictive measures has been periodically expanded. As of now, the list includes 273 individuals and 70 Syrian organizations.

In late December, US President Donald Trump signed the Caesar Syria Civilian Protection Act. This law, which sanctions almost all Syrian economic and trade activities, as well as the country’s government officials, should enter into force in mid-June.